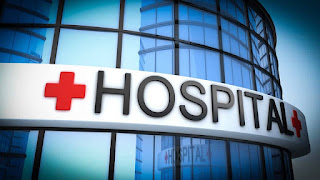 By Chioma Umeha
Lagos State government said it has sealed 160 hospitals and illegal pharmacies within the year under review, even as it sacked no fewer than 42 health workers for various offences relating to medical negligence.
Dr Jide Idris, Commissioner for Health, said this at the 2017 Ministerial Press Briefing of the Ministry of Health to commemorate the two years in office of Gov. Akinwunmi Ambode of Lagos State at Alausa, Lagos.
Idris said that the issue of negligence by health workers was being taken seriously by the ministry to protect lives of citizens in the state.
”We have established standards to address the issue of negligence, we have also employed civil society organisations who have been going round our health facilities to monitor and detect any form of negligence by our staff.
”In the last one year, the Health Service Commission has sanctioned and sacked about 42 health workers for various offences relating to negligence.
”We welcome criticisms and we will continue to do our best to protect, promote and restore the health of residents as well as ensure unfettered access to quality healthcare, ” he said.
The Lagos Health Ministry boss further said it has provide free health care to 80,576 patients through the ongoing State-wide Eko Medical mission in Ojo, Badagry, Oshodi Isolo, Amuwo odofin , Ajeromi, Apapa, Ikeja, Surulere and Mushin Local Government and Council Development Areas(LGAs/LCDAs).
Giving the breakdown, Idris explained that 52,835 were attended to at the General Out Patients Department; 4,111 were screened at the dental unit, 6,668 were counseled and tested at the HCT Unit and 16,962 had their eyes screened out of which 10,745 were given glasses.
The Commissioner also assured that it will visit all the 20 LGAs, nine LGAs under the Eko Medical mission.
“Eko Club International Free Health Mission was carried out in various LGAs & LCDAs in Lagos State – Isolo, Ikorodu, Lagos Island, Ejirin, Epe, Eredo, Ibeju – Lekki and Iru Victoria. A total of 5,000 people benefitted from the mission,” Idris said.
Idris lamented the over congestion of health facilities in spite of government’s efforts to cater for the health needs of residents.
”We plead with our people to understand our constraints. The reality of our health facilities is that they are over stretched with many people from other states coming to use our facilities, especially when there are outbreaks of diseases in other states.
”This is why we are usually at risks inspite of government’s huge investments on health in the state. We have become a victim of our success.
”We will not relent in our efforts which is why we have started the renovation of our general hospitals and Primary health centres to meet the health need of the people, ” he said.
Idris said that in the last one year, the Ministry recorded a lot of achievements as additional 117 Tuberculosis Treatment Centres were established to bring the total DOT centres in the state to 578 centres.
He also stated that Gov. Akinwunmi Ambode procured 10 new Mobile Intensive Care Ambulances to expand the state’ s ambulance fleet from 23 to 33.
”In the last one year, 126 illegal pharmaceutical outlets were sealed out of the 268 inspected and raided.
”We also registered a total number of 325 traditional birth attendant practitioners in the state, ” he said.
According to him, the Motor Park Health and Safety Programme which was carried out at the Ikeja Motor Park in October, 2016, screened 438 drivers using the breath analyzer test analysis in addition to other screening tests were conducted. 150 drivers were counselled and 191 had their eye tested.
On limb corrective surgery, he said that 60 clients were screened last year, out of which 13 clients benefitted from surgeries in Lagos State Teaching Hospital(LASUTH) while 12 clients benefitted from Orthotic devices and eight clients benefitted from physiotherapy.
He also said that 42 clients were screened for goiter in August, 2016, out of which 18 clients benefitted from surgeries and 19 from anti – thyroid medications.
Meanwhile, the government yesterday disclosed that plans have been concluded to review the Mental Health Law of the state, to conform with current trends.
Idris also said that 93 health care professionals were trained under the mental health training programme at LASUTH early this year.
“A total of 7,394 patients were screened out of which 3,799 were given glasses. A total of 1,103 patients benefited from sight restoring surgeries in collaboration with Indo Eye Foundation in November, 2016. 491 pupils were seen out of which 174 were given glasses. Vision corridor bill boards were installed in 180 public primary schools,” he said.