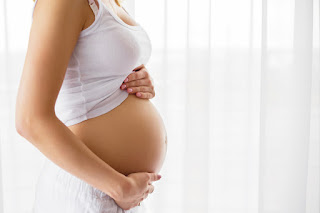 Malaria is highly endemic in Nigeria and poses a major challenge to human development.
Pregnant women, especially ‘primigravidas’ that is a woman who is pregnant for the first time are particularly at risk.
The disease may not only account for up to 15 per cent of anemia in pregnancy, it causes miscarriages, premature births and low birthweights in newborn babies.
In view of this, researchers and stakeholders have restated the need for early commencement of antenatal care by pregnant women.
According to them, this aids early diagnosis and prompt treatment of malaria in pregnant women as well as uptake of Intermittent Preventive Treatment in Pregnancy (IPTp).
Making the recommendations during a recent media chat on “Malaria In Pregnancy,” they stressed that regular and appropriate use of Long Lasting Insecticidal Nets (LLINs) help to prevent malaria in pregnant women.
The event was jointly organised by the National Media Elimination Programme (NMEP) and the Health Writers Association of Nigeria (HEWAN) at the National Institute of Medical Research (NIMR) in Lagos.
The health experts drawn from World Health Organisation (WHO), NMEP and NIMR gave detailed presentations on management and effective control of malaria during pregnancy.
Speaking at the media parley, Dr Tolu Arowolo of the WHO emphasised the importance of early Antenatal Care (ANC), and insisted that booking and administering of IPTp are critical in preventing malaria during pregnancy.
“IPTp is based on the assumption that every pregnant woman living in an area of high malaria transmission has malaria in her blood stream or placenta, whether or not she has symptoms of malaria.
“A pregnant woman is supposed to receive a minimum of three doses of SP before delivery.
“They should also sleep under LLINs because it is also an intervention against malaria,” she said.
Arowolo said that good nutrition was also critical during pregnancy as it helped to nourish the mother and foetus, as well as boost the immune system.
Also, Itohowo Uko, the Head of Advocacy, Communication and Social Mobilisation in NMEP, also enjoined women to report for ANC immediately they realised they are pregnant.
Uko also said that following uptake of IPTp, 37 per cent of pregnant women took two doses of Sulphadoxine Pyrimethamine (SP) according to 2015 Nigeria Malaria Indicator Survey (NMIS).
Sulphadoxine Pyrimethamine is a recommended medicine for malaria prevention for pregnant women in Nigeria.
This should be taken at least once during an ANC visit.
Noting that the uptake of SP is significantly low based on NMIS 2015, she charged women to exercise their right of demanding for at least for three doses of SP during pregnancy based on recommendation.
She further clarified that each dose should be taken one month apart.
Dr. Bartholomew Odio, a gynaecologist, urged people, especially pregnant women to always request for testing before the treatment of malaria fever.
Odio, who is the Malaria Technical Advisor with Jhpiego Nigeria, an affiliate organisation to John Hopkins University, U.S, advised them to always demand to know the drugs that were given to them.
Participants at the training were worried that despite the effectiveness of LLINs in preventing malaria and widespread accessibility to it, there are many cases of low and incorrect usage of LLINs in Nigeria, thereby reducing its ability to protect pregnant women against malaria.
They advised all pregnant women to sleep inside LLIN every night.
Earlier, the Dr Audu Mohammed, National Coordinator of NMEP, urged the media to collaborate with it on malaria control, care and prevention in Nigeria.
According to the organisation, collaboration with HEWAN would help to achieve the programme’s strategic plan of ensuring total elimination of malaria in Nigeria by 2020.
Mohammed, represented by Dr Joel Akilah, Head of Integrated Vector Management in NMEP, said that the importance of the meeting could not be over emphasised because malaria was a major public health concern in Nigeria
“This is especially when considered against the backdrop of the negative effects of malaria attacks on our social and economic development as a result of absenteeism from schools, offices and farms.
“Over 90 per cent of Nigerians are at risk of malaria while children under-five and pregnant women are seen to be more vulnerable to this disease, hence the focus of this discussion,” he stressed.
Mr. Timothy Obot, representing the Head, Monitoring and Evaluation in NMEP, urged the media to take the lead in providing investigated and researched evidence of the efficacy of recommended malaria prevention strategies.
Responding, Mrs. Chioma Obinna, President, HEWAN, commended the NMEP for its strategic policies and activities toward the elimination of malaria in the country.
“It is important that NMEP is collaborating with the media in the fight to eliminate malaria because the media had the power to reach out to the masses,” she said.
Also, Mr. Sola Ogundipe, a seasoned health journalist applauded NMEP for the initiative.
He said that eliminating malaria in Nigeria, especially in pregnancy was achievable through commitment and collaboration with all stakeholders, as well as Nigerians themselves.
“Deaths from malaria as well as deaths as a result of Malaria in Pregnancy can be reduced to the barest minimum and HEWAN will join in this cause,’’ Ogundipe said.