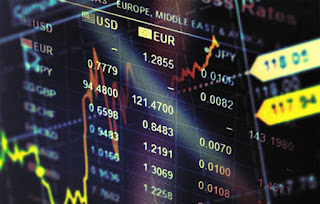 Dr Abayomi Ajayi, Managing Director, Nordica Fertility clinics, told journalists at Nordica Bon Bon family fiesta held recently to mark this year’s International Children’s Day that foreign exchange (Forex) scarcity is the greatest challenge of experts in IVF practice. CHIOMA UMEHA was there. Excerpts:
What do you consider as a main challenge to Nigerian experts in IVF practice in view of recession?
The greatest challenge we have which every business has now in Nigeria is the scarcity of foreign exchange because we are heavily dependent on foreign exchange (Forex). Everything we use is imported, If we want to do IVF, everything is imported, therefore it costs money. And there is a limit to which you can increase your prices. Every challenge is just like what every other entrepreneur in Nigeria will encounter and we are also dependent on generators. For example, we have three generators and a transformer in each of our clinics.
Do you have suggestions on how federal government can assist practitioners to make IVF more accessible?
Everybody is affected by the recession. But, the greatest challenge we are facing now is foreign exchange and even the federal government is affected.

What the federal government can do to help is to ensure that we don’t have quacks, so that people who pay out of pockets will get value for what they are paying for. We have an association through which we are trying to do that, but you know that there is no association that has the ability to police policies and laws. So even if we say; some clinics are not doing it right and there is no power to police and say – we need to shut such clinics down, people will continue to go there.
Another issue is that some people who don’t know much about IVF look at cost. That’s not how to go about IVF. This is because there are different things that are involved when you are doing IVF and this depends on what the problems is. That’s what determines the treatment and probably the kind of technology that will be applied to a person.
The first thing is that our people need to know more about IVF just like every other part of health. They need to be more conscious about how things work,and then we can confront some of these people (quacks) who are doing some funny things.
Very soon Lagos state will be introducing compulsory health insurance for residents in Lagos. Do you think that will help people that need IVF?
I have not looked at what they are doing, but I know that if any insurance that is done in the past is anything to go by, it is not going to help IVF, so it’s not likely to do anything to improve access to IVF.
Recently, Mrs. Folashade Akiode received special recognition and cash gift during the Nordica Bon Bon family fiesta held to mark this year’s International Children’s Day for breaking all medical rules of menopause and having her set of triplets seven years ago, at age 57.Are you saying that at Nordica, age is no barrier and that anybody can walk in to undergo In vitro fertilization (IVF)?
Age has never been a barrier, but the fact that we have technology doesn’t mean we should use it anyhow. So what we try to do is to limit the age at which you can have IVF. We try as much as possible to limit the age at which people can have IVF to avoid abuse of technology.
A 60-year-old can have IVF, but we try not to do that in Nordica for so many obvious reasons because children are going to grow up in future and I don’t imagine a 70-year-old looking after a child,it’s really very tough, that’s why we try to put an age limit to it.
The truth is that the oldest mother in the world is 70 years. So,it is possible to have IVF at age70 as long as you are healthy and energetic, so age is not really a barrier.
Mrs. Folashade Akiode delivered her children at 57. She actually had triplet, but one died during the neonatal period. Her children would be about five years today.
Apart from Mama Akiode, another mother was recognised during the party which was organised by Fertility Awareness Advocacy Initiative (FAAI) with collaboration from Nordica Fertility to celebrate children born through IVF. What was the recognition for?
Well,the recognition was for the largest number of children in a family from Nordica. That family had six children from Nordica, that’s why we chose to recognise them, they had them two times. The first was a single term and the second and last one, was five children.
Tell us about recent Children’s Day celebration by FAAI and Nordica
Well,it is tagged – Nordica Bon Bon Family Fiesta, a celebration of the Children’s Day. In Nordica, we complete family and we have a working alliance with FAAI, they decided that we should celebrate the children and agreed to sponsor it. We are celebrating the lives of our children because to them belong the future of Nigeria and the world, so they are worthy of celebration. Since there is a day dedicated to celebrating children, we just thought it would be nice for us to join the world to celebrate our children.
What is In Vitro Fertilisation?
In Vitro Fertilisation is an assisted reproductive technology (ART) commonly referred to as IVF. IVF is the process of fertilisation by extracting eggs, retrieving a sperm sample, and then manually combining an egg and sperm in a laboratory dish. The embryo(s) is then transferred to the uterus. Other forms of ART include gamete intra-fallopian transfer (GIFT) and zygote intra-fallopian transfer (ZIFT).
Why is IVF used?
IVF can be used to treat infertility in the following patients when they have blocked or damaged fallopian tubes; male factor infertility including decreased sperm count or sperm motility.
IVF can also be performed on women with ovulation disorders, premature ovarian failure, uterine fibroids; women who have had their fallopian tubes removed; individuals with a genetic disorder and unexplained infertility.