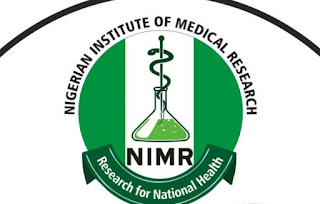 The Molecular Biology and Biotechnology Department of Nigeria Institute of Medical Research (NIMR) will be holding its seventh annual Molecular Biology Hands-on-Training workshop.
This year’s Molecular Biology Hand-on-training workshop with the theme: “Protein Expression” will be a one-week event from August 7 to 11 at NIMR Conference room, Yaba, Lagos.
A statement on weekend, signed by Dr. SteIla Smith, the Workshop Coordinator, listed areas which the conference will focus on during the five-day Hands-on-Training workshop including, current methods in molecular biology and ethical issues of challenges in genetic research.
Other areas which the conference will cover include: Molecular evolution of viruses of public health importance – from Genomics to Proteomics; Introduction and principles of SDS-PAGE and Basic protein interaction techniques.
There will also be practical sessions on PCR, SDS-PAGE and Western Blotting, the statement said.
The Molecular Biology hands-on-Training workshop started in 2009 with the theme ‘Molecular Biology and Biotechnology: Roadmap to Specific Diagnosis.’
The themes for the previous years are: ‘Molecular Biology: The Backbone of Evidence-based Medicine’ (2010); ‘Role of Molecular Biology and Biotechnology in Research and Development’ (2011).
Others are: ‘Emerging Infectious Diseases: Combating multi-drug resistance using molecular biology approach’ (2012); The Importance of Molecular Biology Typing Techniques in Disease Mapping’ (2013) and ‘Practical Applications of Genetic Markers’ (2014).
The idea of MBBT hands-on-training workshop was first muted informally in 2007/2008.
In 2009, a total of 48 participants were in attendance, with 2010, recording 40 participants. In 2011 and 2012, 12 and 14 participants respectively attended the workshop. In 2013, a total of 36 participants were in attendance and in 2014, 16 participants were in attendance.
Over the years a total of 166 participants have attended the hands-on-training workshop that had its spread across the six geopolitical zones.
The first two years witnessed guest speaker such as Prof. Bamidele Solomon (former DG, NABDA) and Dr. Ejifome, former member of NIMR Board) who chaired the workshop opening ceremony.