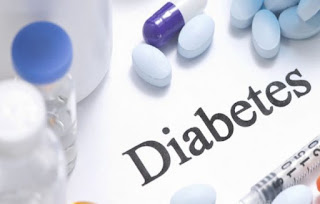 University of Pittsburgh researchers are developing a method for detecting dormant HIV in asymptomatic patients – an important step in identifying a cure for the virus.
Scientists working at the University of Pittsburg School of Public Health, led by Phalguni Gupta, have developed a test that they describe as “faster, less labor-intensive, and less expensive than the current ‘gold standard.’” It also seems to be much more effective.
In experiments, their so-called TZA test was able to detect a 70-fold increase in the amount of “hidden” HIV found in asymptomatic patients with undetectable viral loads.
In a study published in the journal Nature Medicine, the researchers describe the test, which they hope could hold part of the answer to a long-standing question among doctors trying to find a cure for HIV: How can we determine when someone is truly cured?
“All this time infected people are taking the drugs and we don’t see any virus in the plasma, but actually the virus is hiding in the cells,” said Gupta, senior author on the study and vice chair of the department of infectious diseases and microbiology at the University of Pittsburg.
Current medicine has revolutionized the lives of those living with HIV. Thanks to antiretroviral treatment, known as ART, an infection that was once considered a death sentence has since become a manageable condition. But the treatment is still not able to completely eliminate HIV from the body.
HIV spreads throughout the body by infecting CD4+T cells, commonly referred to as T cells, which are a kind of white blood cells that plays an important role in protecting the body from infection. Currently, antiretroviral treatment can suppress HIV in active cells to levels that are virtually undetectable — to as little as one virus per million CD4+T cells.
But even when the viral load is undetectable, dormant HIV can remain in inactive CDT+4 cells. This so-called “latent HIV reservoir” is what the team at the University of Pittsburg hopes to identify and characterize. If the reservoir could be effectively reduced, patients would be able to go off of antiretroviral treatment while maintaining undetectable viral levels.
“We have to eradicate the virus in the latent condition — once we do, people can’t live without any drug,” Gupta said. “That’s the ultimate goal.
Last fall, a team in the United Kingdom announced the development of a “kick and kill” drug that they claimed would be able to draw HIV out of inactive cells and stimulate the immune system against infected cells. But before such a drug can be used, Gupta explained, scientists have a precise way to quantify the latent HIV reservoir, which would allow for the effectiveness of the drug to be measured.
While most of the DNA of HIV that has integrated into the inactive cells is defective and therefor unable to cause infection in the patient, creators of the TZA test note that there is the potential for this dormant HIV to be awakened, replicating, and causing a relapse of an otherwise healthy patient. For this reason, researchers say its crucial not only to identify this latent HIV reservoir, but also test its ability to replicate.
Gupta and his team have done this by identifying a specific gene that is activated only when replicating HIV is present. Once the replicating HIV is flagged, scientists say that technicians should be able to quantify it with greater ease.
Currently, this process is done by way of a test called a “quantitative viral outgrowth assay,” or Q-VOA, which authors describe as having a number of drawbacks. Aside from giving a minimal estimate of the latent HIV reservoir, the test requires a large volume of blood, and is labor-intensive, time-consuming, and expensive.
The TZA test, by contrast, requires much less blood, which offers a major advantage in pediatric applications. It is also expected to be cheaper, more accurate, and able to deliver results in just one week ¬— half the time needed to grow out a viral sample with the Q-VOA test. While optimistic about the results, Gupta and his team are cautious to avoid sweeping conclusions about the significance of the test.
Currently the only person to have been cured of HIV is American Timothy Brown, the so-called Berlin patient. He received a bone marrow transplant from a donor with natural immunity to the virus.
“This would be used as a tool that would give technicians a chance to know how much virus is present,” said Gupta. “But I’m not making a big thing of it until we do a bigger lab study.”