Olumide Akintayo, the immediate past President of Pharmaceutical Society of Nigeria (PSN) recently, delivered the 2017 Marquis Annual Memorial Lecture at the Faculty of Pharmacy, Obafemi Awolowo University, Ile-Ife, entitled, “Leadership and Excellence In Pharmacy Practice.” In this interview with CHIOMA UMEHA, he reviews pharmacy profession in Nigeria and advocates reforms that would engender effective leadership and excellent pharmacy practice. Excerpts:

In academic pharmacy, you are witnesses to the unending tales of woes that have manifested in lack of teaching aids and research grants for the academic pharmacist. The dearth of chemicals, well-equipped laboratories absence of conducive teaching environment characterise the darkness, which has of late enveloped this important sector of the practice.
Even when hospital and administrative pharmacists have enjoyed pay increases like other health personnel, all is still not well in relative terms because the era of discriminatory salary wages in the health sector ensures that a young medical graduate earns more money than a senior pharmacist who is a top officer in the public sector making the professional life frustrating.
Industrial Pharmacy is not to be spared of the rotten basket of fruits because sharp practices in the manufacture and sales of drugs have destroyed have destroyed a sector which used to be buoyant.
General or Community Pharmacy Practice which embraces drug distribution from the manufacturer to the consumer is ravaged to a great extent by the fake drug syndrome.
It is indeed sad and worrisome that a profession which should be a celebration of excellence sometimes does not live up to this billing. However, pharmacists still maintain their potentials despite all odds.
What key reforms do you think could revolutionisethe sector, including the practice settings in Pharmacy?
Pharmacy practice has its peculiarities as a profession with substantial commercial plenitude. This makes it prone to ubiquitous exploiters both within and outside the profession. This lingered for many years before we challenged the status-quo. At a time, narcissism was the order of generations of colleagues who found themselves at the hierarchy of the profession in the public sector to the detriment of others.
I will prescribe key reforms in the practice areas including, Community, Hospital and Administrative, Academic as well as Industrial Pharmacy.

Mention challenges facing community pharmacy in the country and reforms you expect in this area?
Perhaps the most fundamental of the problems in contemporary community pharmacy practice in Nigeria is the insanity that pervades drug distribution in Nigeria.
The ‘Frankenstein Monster,’ called unregistered or illegal premises remains the most challenging affliction of practitioners and by extension the citizenry, yet it is often ignored. It all started in the Second Republic when entrepreneurs motivated by purely profit motives invaded pharmacy in the import licence era. This invasion marked the advent of sales and manufacturing of spurious and fake drugs. The leadership of the Pharmaceutical Society of Nigeria of that era protested this unpalatable situation. Government had also shown its concern by placing drug matters on the Exclusive list for legislation and responded by promulgating Decree 21 of 1988 as amended by Decree 17 of 1989. This Decree has since metamorphosed to Act 25 of 1999. Specifically, Section 2 of Act 25 of 1999 is aimed at ameliorating the problems of illegal drug sales points which remain the crux of the matter in drug distribution. Listed in this category are drug markets, kiosks, buses, ferries, train etc. Section 6 of this same law vests the legal authority to deal with this retinue of illegal sales points on the Federal Task Forces and its allies in the 36 States. After29 years the first set of laws on illegal sales points and the establishment of task forces were put in place; it is a matter of historical importance to document that they have not succeeded.
This is manifest by the birth of new breed drug markets in all Nigerian cities today despite that we had only those in Lagos, Onitsha, Aba and Kano at the advent of the Task Forces in 1988.
The Olusegun Obasanjo Presidency set up a Presidential Committee on reforms in the drug distribution sector. One salient recommendation of the Committee was the decision to prescribe the concept of Mega wholesaling in drug distribution.
Further experiment with the concept after consultations with major stakeholders has today given birth to recommendation for Coordinated Wholesale Centres (CWCs) in four major cities – Lagos, Onitsha, Aba and Kano. It is noteworthy to say that these cities hosted prominent drug markets at Idumota in Lagos, Head Bridge in Onitsha, Ariaria in Aba and Sabongeri in Kano. This chain of events is meant to pave way for the sealing of drug markets in Nigeria.
We must follow this to a logical conclusion in the interest of consumers of medicine in Nigeria and most importantly send the right signal to the global community that we do not endorse a Nigerian style of pharmacy practice.
The priorities must be to open the space, particularly to allow Academic Pharmacists who teach upcoming pharmacists to develop an ethical context and dimension in Community Pharmacy Practice.
The proposed ‘Satellite Pharmacy Concept’ approved in 2014 by the Annual General Meeting of the PSN would energiseindustrial, hospital and academic pharmacists to polish their skills in retail of medicines and provide the required counseling component.
What about Hospital and Administrative Pharmacy.
We have had some positive movement in streamlining the career stratum of our hospital pharmacists in the last few years.
First, is in the area of the obnoxious Teaching Hospital Act which was first promulgated in 1985concerning the status for our colleagues in Federal Health Institutions.
The Federal Ministry of Health has been forced through unorthodox methods to issue circulars authorising promotion of pharmacists and others to CONHESS 15 as directors.
In 2015, the first Director of Pharmacy emerged in a teaching hospital in Nigeria at the University College Hospital (UCH) Ibadan.
At the last count, over 20 pharmacists have now emerged as directors of pharmacy in the 55 Federal Health Institutions (FHIs) in Nigeria.
We must continueto pursue with vigourour determined bid for consultancy status.
Hospital and Administrative Pharmacists can put an end to lingering retrogression with regards to the consultancy status by leveraging on the residency training circular issued by the Federal Ministry of Health in July 2015.
Today, approval has been given at the Federal Medical Centre, Owo, for resident pharmacists to have access to training facilities by the Minister for Health, Prof. Isaac Adewole.
It is logical to think that the residency training remains the precursor of the consultancy cadre itself and therefore would speed up agitations for the consultancy grade.
We must clamour for adequate reward for labour through an equitable CONHESS – CONMESS Salary ratio which factors the new Pharm. D curriculum recently approved by the NUC.
I specially appeal to all Faculties of Pharmacy to bear in mind that we can only run our races in tandem with the realities of the operating environment. From the political, intellectual, social and financial perspectives, a six-year Pharm. D programme structured as a home grown initiative is what will best serve the pharmaceutical interest in contemporary nation building.

What is your assessment of Academic Pharmacy?
Our academic pharmacists are not rewarded for clinical services because the templates for these provisions are informal.
Academics in Pharmacy must work with the PSN leadership to work out the recognition of the Fellowship of the WAPCP in the academic wall as we have seen in same healthcare callings. Once this is worked out, we can begin to network with the universities and other regulators to fast-track Masters Degrees and Ph.D status for holders of the Fellowship of the WAPCP.
The added impetus this arrangement guarantees is that we can begin to breed a new generation of academic pharmacists who are grounded in post-graduate professional and academic qualifications. I foresee benefit- packages which would celebrate true excellence in our practice on account of this arrangement. 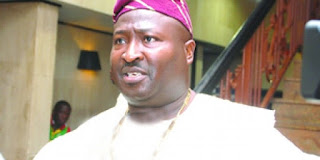 Can you take a look at Industrial Pharmacy?
The Pharmaceutical Industry is still largely at infant level in Nigeria. It is obvious that our operations are still at the stage of tertiary manufacturing because we import everything from equipment to packaging materials, APIs and excipients.
Investments in Research and Development are unavailable and the poor financial base of the manufacturing entities makes growth and development of the industry a herculean task. To trigger an industrial revolution in Nigeria, we must actualise the existence of petrochemical plants where a plethora of chemical needs can be synthesised.
The inherent advantage with this is that we can become an Africa’s hub for finished drug product, APIs, excipents and chemical needs of other nations.
At a time we need to diversify the economic base of Nigeria, this is certainly imperative as it compels a positive rise of the Gross Domestic Product of the nation.
Still in the search for excellence, the PSN leadership should mobilise working agreements between the faculties of Pharmacy (Drug Research and Production Units), National Institute for Pharmaceutical Research and Development (NIPRD) and Pharmaceutical Manufacturers Group of Manufacturers Association of Nigeria (PMG-MAN) which is the umbrella template of pharmaceutical manufacturers in Nigeria.