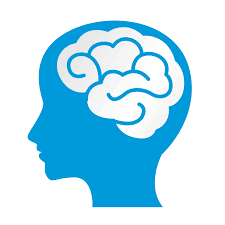 Health professionals have called for the promotion of mental health in the country especially among aspirants to leadership positions.
This, they explained, is to ensure that they have the qualities and ability to pursue the good of the society.
They made the call during the during the just-concluded Annual Scientific Conference And Gathering organised by the Faculty of Clinical Sciences, College of Medicine, University of Lagos (CMUL), Idi-Araba, Lagos.
Speakers at the conference with the theme, “Mental Health In a Recessed Economy,” and sub-theme, “Role of Academics in Emotional Health Promotion,” linked general well-being of individuals to their state of mental health.
Among those who canvassed for this recently was Professor Jude Uzoma Ohaeri, a Professor of Psychiatric, University of Nigeria Nsukka (UNN), Enugu State.
In a lecture entitled, “Mental Health Promotion As A National Development Strategy: The Role of Professionals in the Field,” Prof. Ohaeri observed that it was important for leadership aspirants to undergo mental health check to confirm that they have critical human traits that make for successful leadership.
The Professor of Psychiatrics, said that that the World Health Organisation (WHO) defined mental health as “a state of well-being in which every individual realises his or her own potential, can cope with the normal stresses of life, can work productively and fruitfully, and is able to make a contribution to her or his community.”
In analysing the WHO’s definition, Prof. Ohaeri said that there are two aspects that stress on wellbeing and absence of disease.
He noted that people who have disease are neither the problem of the country nor patients that have psychiatric problem.
He said, “The problem of Nigeria is that people who are deficient in aspects of humanity seek this power and they rule us at whatever level, whether as class teacher or whatever that is the problem.”
“So my lecture says we have to do something which is called mental health promotion in order  to make sure that people who aspire to such heights are people who are in general society, have these elements of humanity that make for the foundations for flourishing of the individuals and flourishing of society.
“That is the branch of my talk really that the law bars you from contesting from any leadership positions  if you are deficient in altruism, kindness and in good neighbourliness, even if you are not depressed as you will bring all those deficiencies into whatever you are asked to do and that is the problem we’re facing.”
On the theme of the conference, Professor Adeola Onokoya, a Professor of Orthomology at College of Medicine, University of Lagos (CMUL) Nigeria, said, “It’s no news that our economy is in recession or if you like to use the word depression and we know that recently we’ve had a lot of unpalatable news about members of the community, children, students and people committing suicide.
“There is no doubt that the theme is linked with what is happening in the country and all the things human beings would require for a healthy living for your mind to be at rest.
“We’re just trying to look at mental health promotion as a role for everybody. This is because everybody is affected.
“Even research has shown that mental health is the most common form of ill-health. About one in four of individuals is affected in a lifetime by mental health. So it is a topic that we need to educate people on; let people be aware that there are interventions that could be used to proffer solutions for people who may require it.
“It’s important for us to let people know because there are some people who suffer from depression and actually they do not know because of what is called somatisation,” he stated.
Dr. Abayomi Ajayi, Managing Director, Nordica Fertility Centre, who was the special guest of honour on the occasion, while speaking also said that there is an intersection between infertility and mental health.
“This is because of the high premium we place on child bearing, people who don’t have children feel like something is missing,” Dr. Abayomi explained.
“When people are stretched and not relieved it could lead to depression which is an ill- health that can translate into other serious mental issues. So procreation is really an essential factor for one’s mental health stability,” he added.
WHO says that health is not just the absence of infirmity but a state of well-being.
Dr. Ajayi also stated that there is treatment for infertility like any other medical disorder, while we are not saying that people should not go to prayer houses, we however advise that they seek medical attention.
He also noted that the job of a doctor as an administrator involves looking after so many people at the same time, but most doctors seem to be more concerned about the clinical work and does not really bother much about the business angle. He therefore called for more training of doctors to be better administrators.
One of the major highpoints of the event was the conferment of ‘Award of Excellence In Medical Leadership’ on D.r Ajayi.
Conferring the award on him was  ‘Award of Excellence In Medical Leadership’ Prof Ben Oghojafor, Deputy Vice Chancellor, Management Services who said that Dr. Ajayi was being recognised for his leading role in general health through  fertility management in the country.
The award to Dr. Ajayi and his fertility centre is the second one in a month as his clinic also won one of this year’s Nigerian Healthcare Excellence Awards (NHEA).
Contending with five other hospitals nationwide, the 2017 award was presented to Nordica Fertility Centre at the annual event which celebrates distinguished personalities and organisations who have contributed immensely to the growth of the Nigerian health sector.