Chief Iyeme Efem, a Fellow of Institute of Social Works (FSOW) and professional in Social Works is championing global efforts to eliminate Obstetric Fistula. Fellow of Institute of development Administration (FDA) and the Country Project Manager, United States Agency for International Development (USAID) and Fistula Care plus Project, in a recent interview with journalists to commemorate International Day to end Obstetric Fistula discussed prevention, treatment and management of the condition. CHIOMA UMEHA provides the excerpts:

Describe obstetric fistula?
Obstetric Fistula is a hole, or abnormal opening in the birth canal that results in chronic leakage of urine or faeces. Theme for this year is “hope, healing, and dignity for all.”
This captures the essence of repairing of obstetric fistula. Firstly, people need to understand that women with fistula are stigmatised and marginalised within the society. They have lost respect and they are either begging on the streets or hidden at home, depending on the part of the country they live. The USAID Fistula Care plus Project offers them hope that their condition is not hopeless and they can have succour. It provides the opportunity for them to experience healing, not only for the fistula through repairs, but also for their emotions. Lastly, it restores their dignity as women and makes them stand tall and proud again. However, the theme of this year’s International Day to end Obstetric Fistula aptly reflects the reversal of their fortunes through the services the US government offers.
The theme actually reflects this very well. It holds a real hope for the eventual elimination of fistula globally, as well as a clarion call for all to come together to eliminate this scourge.
What causes obstetric fistula?
The primary cause of obstetric fistula is “prolonged obstructed labour” usually as a result of the disproportionate cranio-pelvic relationship, when the head of the baby is too big to pass through the birth canal. During this time, the soft tissues of the pelvis are compressed between the baby’s head and the mother’s pelvic bones. The lack of blood flow causes tissue to die, creating a hole between the mother’s vagina and bladder or between the vagina and rectum, or both, resulting in leakage.
Left with chronic leaking, women with obstetric fistula are often abandoned or neglected by their husbands and family members. And they are most often unable to work, due to their condition and ostracised by their communities. Women who develop obstetric fistula usually have a stillbirth, so they must also deal with the loss of a baby. Women with fistula are often among the most impoverished and vulnerable members of society.
There are other types of fistula, based on the cause. Iatrogenic fistula could occur during a cesarean section, when the bladder is accidentally cut, resulting in a hole or abnormal opening through which urine leaks. Traumatic fistula occurs following several physical impacts on the female genitalia, including rape, forceful insertion of sharp objects into the female private parts as experienced during war/conflicts and also during Female Genital Cutting (FGM).
Mention key facts the public should know about Obstetric Fistula?
It is not the fault of the woman. Many communities have myths that the woman causes this to herself. The only crime here is that she probably had a baby, whose head is bigger than her birth canal. How is that her fault?
It is not because she refused to marry someone, with whom she had previous agreement and went on to marry someone else. This is not true. Obstetric fistula is also not due to witchcraft. It is not anyone in the community trying to bewitch her for whatever reason.
Obstetric fistula can be repaired. Once repaired, the patient can get back her life and dignity. The repairs are free, thanks to the Support of USAID Nigeria. You can contact any Fistula Centre in the country and the patient will receive help. Public should ensure they have all pregnant women visit hospitals for antenatal care, as well as deliver under the care of a trained healthcare provider.
What are signs, symptoms and treatment of Obstetric Fistula?
These include constant leaking of urine or faeces from the birth canal, though it is important to immediately go to a Fistula centre to do check-up and confirmation, as other conditions might mimic such symptoms. The patient should go directly to a centre near her to see the hospital staff and she will be examined and repaired, if it turns out that it is Obstetric Fistula. 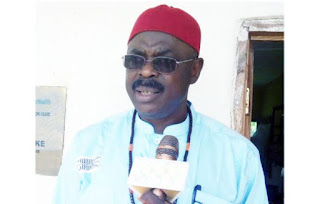 Is Obstetric Fistula preventable? How?
By ensuring that people are aware of the causes and that all births are planned, as well as ensuring that all pregnant women go for the full completion of antenatal care. Pregnant women should deliver in a hospital under trained healthcare provider.
A lot has to be done by all to ensure that this scourge is eliminated. The Fistula Care plus Project is funded by the US Government to support repairs and rehabilitation of women with fistula. It also supports prevention through various approaches. So, we should individually ask ourselves what we can, and should do to ensure this scourge is eliminated. There is need for adequate awareness and education about Obstetric Fistula.
State governments should support USAID, because most of the repairs of the women with fistula happen at the state level. Several state governments have made it a point of duty to support the repairs in their states. But, many more states have not seen this as an issue. The state governments should do more to support Fistula activities in their states, as no state in this country is free from it.
The Federal Government through the Federal Ministry of Health has done well by setting up a Fistula Desk to coordinate fistula activities nationally. Unfortunately, the desk has not been funded since 2009, when the first budget line was created. Without such funding, the government will be paying lip service to fistula intervention at coordinating level.
The Federal Government has also done well by setting up national centres at the geo-political zones. This is great. Each of those centres has budgets, but as usual, their budgets are not released. So, we end up with facilities that have no consumables to conduct repairs. They depend on USAID to fund consumables for their repairs. This is not fair to the women and the facility staff, who really want to work, but lack the funds. If you look at their budget on the website, you will see that they are well funded, but releasing the funds for the activities is a major challenge.
I would, therefore, appeal to the Federal Government to do its best to release funds, so these facilities can cater for the women with fistula. At this rate, depending on USAID alone will not clear the backlog of the 200, 000 women living with fistula in Nigeria, and the 12, 000 new cases occurring annually. For the rest of the country, all hands need to be on deck. Our traditional rulers, religious leaders, community leaders, school officials and various associations in the country need to educate themselves and their wards on the challenge of fistula and how to prevent it. Let’s adopt the slogan “Help one help all,” as we join hands to end fistula in Nigeria.