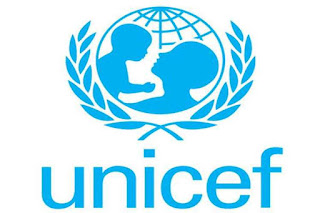 Nigeria can reduce death of children under the age of five by improving access to safe water and sanitation for citizens, the United Nations Children’s Fund (UNICEF), has said.
The United Nations (UN) agency for children further said that poor Water, Sanitation and Hygiene (WASH) causes more than half of global diarrhoea diseases.
It  explained that poor WASH remains the second leading cause of deaths and other health hazards among children under the age of five.
The international agency stated this at a ‘WASH’ media meeting by the Federal Ministry of Information in collaboration with UNICEF in Uyo the Akwa Ibom State capital, recently.
It noted that the chemical contaminations resulting from oil and gas exploration in the Niger Delta region has made it necessary for efforts to be made to ensure safe and constantly checked water for human consumption.
UNICEF therefore tasked governments across the Niger Delta states to invest consciously in the provision of safe water supply and sanitation for its rural populace.
The provision of such basic social amenity, according to UNICEF would encourage hand washing and other hygienic practices among school-age children and rural populace.
UNICEF said, “Poor WASH causes more than half of global diarrheal diseases, which remains the second leading cause of morbidity and mortality among children under the age of five.
“WASH also contributes to other goals including Nutrition (stunting) and maternal and new born health.
“It improves productivity – by lessening the time spent by women and children to fetch water, reducing stunting and school attendance and performance especially by girls.
The UN agency added, “WASH due to its impact on multiple sectors is very cost effective and globally it is proven to yield between three dollars and seven dollars per every dollar invested in WASH, depending on type of intervention and the programming context.”
“Improves social bonding and mitigates conflicts through involvement of WASHCOMs, communities and their leadership in planning, management & implementation of projects.”
Mr. Moustapha Niang, a ‘WASH specialist,’ in his presentation, ‘Water, supply and quality in the Niger Delta’,  emphasized on the need for proper orientation of the rural populace to adopt attitude change and embrace water safe plan, from water source, storage to point of use.
He urged government at all levels to ensure provision of public toilet in public facilities as a means to discourage open defecation and consequences associated with it.
Niang also recommended constant monitoring of water quality to detect contamination, while encouraging the establishment of a water sanitation committee in all communities across the region,.
“Prioritize the potential hazards and mitigate such ,hazards through the entire water chain to ensure that water reaching the consumer is safe and acceptable. Develop their community plan. Avoid for citing potable water source around nearby latrines and areas fertilized for agricultural purposes,” he said.
Martha Hokonya, also a WASH specialist,  in her presentation –  ‘Why invest in water supply’  said such investment  in addition to job creation, reduces diseases and mortality rate, improves  productivity and also provides time for women to engage in other activities like child care and others activities which brings women together.
Hokonya said as an area prone to youth restiveness, the essence of bringing the wash programme to the Niger Delta region was to address one of the agitations of the region, reduce conflicts and agitation and promote good hygiene.
While reporting that about 206,954 additional people have been reached with the WASH programme as against the targeted 543,000, she used the occasion to applaud some Niger Delta states which have lived upto their counterpart fundings arrangement, but however appealed to states yet to do so to step up to enable UNICEF do more.
Addressing the meeting, Nse Edem,  the Permanent Secretary, Akwa Ibom State  Ministry of Political, Legislative Affairs and Water Resources, said that  the State is committed to the provision of safe water for the people of the state and is ready  to partner UNICEF.