Sex Education Should Be Part Of School Curriculum – NURHI 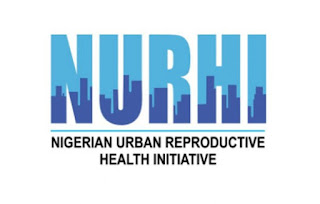 Following rising cases of unplanned pregnancies among teenage girls, Nigerian Urban Reproductive Health Initiative (NURHI) has called for the inclusion of sexuality education in school curriculum to help curb it.
Modupe Oluwatayo and Tella Oladipopu, NURHI representatives, made the call in Lagos, noting that part of the factors responsible for unplanned pregnancy, especially among teenagers is early start of sexual activity coupled with lack of sexuality education in school curriculum.
Another factor promoting the ugly trend according to the duo representatives of NURHI is sexual violence which could be rape or coercive sex.
They said; “6.4 million pregnancies occur every year in Nigeria and for every four, one is unplanned, adding, “more than one- third pregnancies are unintended and one in five end up in abortion. Reasons women resort to abortion is that they are single.
“31 per cent of adolescent who are between 15 and 19 years cited being single as their main reason of wanting to procure abortion. 49 per cent revealed that they are too young to carry the responsibility of child bearing or they are in school,” they added.
The two speakers lamented that contraceptive prevalence rate is very low in the country and stood at only 10 per cent for modern method, while  five per cent are using traditional method, especially among youth and young adults.
They recommended that the federal government should make sexuality education mandatory for all secondary school across the nation as one of the measures to reduce unplanned pregnancies and replicate the success recorded in Lagos State.
They also urged the government to make reproductive health and family planning services available to all Nigerian men and women of reproductive age at all health facility.