Access To Safe Water Still A Challenge In Nigeria 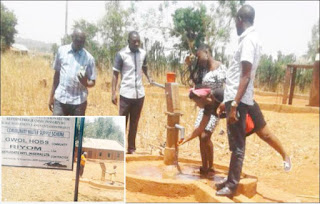