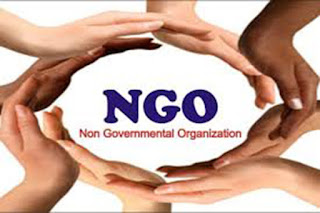 By Chioma Umeha
The Ogun State residents have commended the state government and a Non-Governmental Organisation (NGO), Global Funds for distribution of Long Lasting Insecticidal Mosquito Net (LLINs) across the three Senatorial Districts of the state to eliminate the scourge of Malaria.
The exercise which was simultaneously took place at three Senatorial districts of the state, Ogun East, Ogun West and Ogun Central, witnessed a large turnout of residents and inhabitants of the state.
Expressing their delight at the programme, some of the residents noted that the gesture would save them time and money in buying the nets as it came at an appropriate time, during the rainy season.
Mr. Dada Israel, a resident of Liberty Junction, Oru-Ijebu and Mrs. Adelani Akintunde of Sango, commended the donor, Global Fund and the implementing partner, Catholic Relief Service (CRS) for the initiative noting that the correct usage of the free LLINs would help them avoid mosquito bites and avert spread of malaria.
According to the residents; “Malaria is caused by a bite from an infected female mosquito (Anopheles)‎, which carries germs that cause the disease.”
They hailed the gesture of the government and the donor ‘Global funds’ for bringing the exercise to their door steps instead of purchasing the net, pledging their unflinching support and cooperation for both government and Global Fund throughout their work period.
Meanwhile, Mrs. Wasila Kolo, a Technical Consultant on the project commended residents of the State for cooperating with household mobilisers, noting that their co-operation showed the programme has been well accepted.
Kolo assured that the strategy employed this year which involved the use of an android device for mobilisation and distribution of the free long lasting nets would ensure the right household gets the right quantity of nets, thereby promoting accountability.
She admonished the residents to keep their mosquito net cards as it would serve as an evidence for collecting LLINs during the period of distribution.
The Technical Consultant stressed that no household in the State would be left untouched during the mobilization exercise which would hold for nine days.
The areas covered during the exercise include, Oke-Ilewo, Olomore, Abule Olomore, Ita-Oshin, Adeun, Sango, Ota, Ilogbo, Owode, Oju-ore, Iju, Atan and Ago-Iwoye, among others.