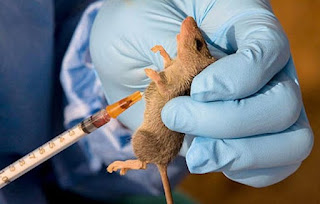 The Lagos State Government has again reiterated the need for members of the public to ensure and maintain adequate personal hygiene and environmental sanitation at all times as part of prevention and control measures against the spread of the Lassa fever disease in the State.
In a statement issued and signed by the Dr. Jide Idris,  Commissioner for Health, the state government noted that that the prevention and control of the disease remains a shared responsibility for all citizens through observance of the highest possible standards of personal and community hygiene as well as environmental sanitation.
Idris enjoined residents to store household refuse in sanitary refuse bags or dustbins with tight-fitting covers to avoid infestation by rats and rodents; dispose refuse properly at designated dump sites and not into the drainage system and store food items in rodent-proof containers, adding that it is by so doing that a habitable and conducive environment and a disease-free State can be achieved.
“Members of the public are further advised to avoid contact with rats, to always cover their food and water properly, cook all their food thoroughly, as well as block all holes in the septic tanks and holes through which rats can enter the house and clear rat hideouts within the premises”, he said.
While outlining strategies put in place by the State government to control the disease, the Commissioner explained that Lagos State is maintaining relevant surveillance activities through its disease surveillance unit to prevent the spread of the disease in Lagos.
“Isolation wards have been prepared to manage suspected and confirmed cases, health workers have been placed on red alert and community sensitization activities intensified, Idris noted.
Idris explained that Lassa fever is an acute viral infection caused by the Lassa virus associated with symptoms such as persistent high fever, general weakness of the body, malaise headache, sore throat, nausea, diarrhoea, and vomiting.
He added that the disease can progress into a severe form in which case the patient develops facial swelling, fluid in the chest, bleeding from the mouth, nose, and the gut; low blood pressure, shock, disorientation, coma as well as kidney and liver failure.