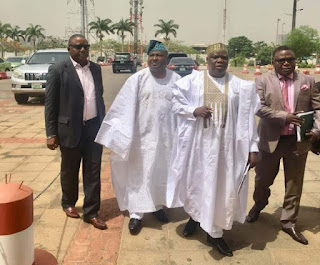 Pharmaceutical Society of Nigeria (PSN) has called on all stakeholders to double their efforts ensure that by 2030 Tuberculosis would be eradicated throughout the country.
Pharm. Ahmed Yakasai, the PSN President, made the call in a release to mark this year’s World Tuberculosis Day.
Yakasai reaffirmed PSN’s commitment to improving the quality of health of all Nigerians and urged the stakeholders to join hands to achieve the daunting task.
The theme of World TB Day 2018, “Wanted: Leaders for a TB-free world,” focuses on building commitment to end TB, not only at the political level with Heads of State and Ministers of Health, but at all levels from mayors, governors, parliamentarians and community leaders, to people affected with TB, civil society advocates, health workers, doctors, pharmacists, or nurses, NGOs and other partners.
Yakasai explained that the theme is a critical one given the political importance of the forthcoming UN General Assembly high-level meeting on TB this year, which would bring together Heads of State in New York.
“It follows on from a very successful Ministerial Conference on Ending TB in Moscow on 16-17 November, 2017 which resulted in high-level commitments from ministers and other leaders from 120 countries to accelerate progress to end TB,” he said.
He said all could be leaders of efforts to end TB in their own work or terrain.
“Each year we commemorate World TB Day on March 24 to raise public awareness about the devastating health, social and economic consequences of tuberculosis (TB) and to step up efforts to end the global TB epidemic.
“The date marks the day in 1882 when Dr. Robert Koch announced that he had discovered the bacterium that causes TB, which opened the way towards diagnosing and curing this disease,” he said.
However, Yakasai said that despite significant progress over the last decades, TB continued to be the top infectious killer worldwide, claiming over 4 500 lives a day, adding that the emergence of multidrug-resistant TB (MDR-TB) posed a major health security threat and could risk gains made in the fight against TB.
World TB Day provides the opportunity to shine the spotlight on the disease and mobilise political and social commitment for accelerate progress to end TB.
He explained that Tuberculosis (TB) is one of the top 10 causes of death worldwide.
Reeling out TB statistics to buttress his point, the PSN President said in 2016, 10.4 million people fell ill with TB, and 1.7 million died from the disease (including 0.4 million among people with HIV).
“Over 95% of TB deaths occur in low- and middle-income countries. Seven countries account for 64% of the total, with India leading the count, followed by Indonesia, China, Philippines, Pakistan, Nigeria, and South Africa. In 2016, an estimated 1 million children became ill with TB and 250 000 children died of TB (including children with HIV associated TB),” he stated.
He also informed that TB is a leading killer of HIV-positive people, adding that in 2016, 40% of HIV deaths were due to TB.
Yakasai noted that multidrug-resistant TB (MDR-TB) remained a public health crisis and a health security threat.
“WHO estimates that there were 600,000 new cases with resistance to rifampicin – the most effective first-line drug of which 490,000 had MDR-TB.
“Globally, TB incidence is falling at about 2% per year. This needs to accelerate to a 4–5% annual decline to reach the 2020 milestones of the End TB Strategy.
“An estimated 53 million lives were saved through TB diagnosis and treatment between 2,000 and 2016,” he stated.
He noted that although 53 million lives had been saved through global efforts since 2000, actions and investments fall far short of those needed to end the TB epidemic.
“Countries need to move much faster to prevent, detect, and treat TB if they are to meet the global targets. This requires multi-sectoral action across the Sustainable Development Goals (SDGs).Seventeen SDGs were adopted by the UN Member States in September 2015.
“Ending the TB epidemic is a target under SDG3 – ‘Ensure healthy lives and promote well-being for all at all ages.’”