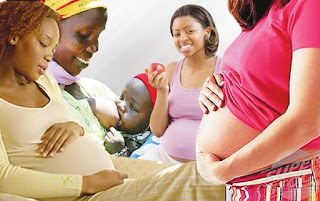 Pregnant women who take painkillers could be harming the fertility of their unborn child, and even that of future generations, a new study has showed.
Researchers from Edinburgh University looked at the effects of paracetamol and ibuprofen on samples of human foetal testes and ovaries.
The results indicated that ovaries exposed to paracetamol for one week had more than 40 per cent fewer egg-producing cells. The effect of ibuprofen was even greater as the number of cells was almost halved.
Girls produce all of their eggs in the womb, so if they are born with a reduced number it could lead to an early menopause, experts say.
The studt showed that painkiller exposure during pregnancy could have effects on unborn boys as well.
Testicular tissue exposed to the drugs had around a quarter fewer sperm-producing cells.
Scientists found that the drugs can trigger mechanisms in the cells that make changes in the structure of DNA, leaving “marks” that can be inherited.
As a result, the effects of painkillers on fertility may be passed on to future generations.
“We could encourage women to think carefully before taking painkillers during pregnancy and to follow the existing guidelines –  taking the lowest possible dose for the shortest time possible,” said Dr Rod Mitchell, who led the research