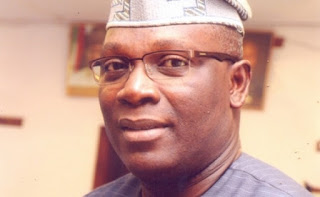 As part of efforts to promote optimal health condition and improve on emergency preparedness and response time, the Lagos State Government, on Monday commenced the year 2018 Medical Screening Exercise for operatives within Safety Arena, Bolade Oshodi.
Performing the flagging off of the medical screening exercise was Oluseye Oladejo, the Commissioner for Special Duties and Inter-Governmental Relations.
Oladejo said the administration of Governor Akinwunmi Ambode envisioned the Safety Arena complex to house Ministries, Departments and Agencies (MDAs) relevant to security and safety issues to serve as a one stop shop and improve synergy amongst safety agencies and operatives.
According to the Commissioner, the administration of Governor Akinwunmi Ambode, in order to reduce the prevalence of chronic health diseases has made preventive measures a pivotal factor in ensuring that disabilities and deaths from these diseases are minimised.
He added that envisioning the Safety Arena has reduced the response time to safety and security issues.
He also stated that presently, there are fifteen agencies within the complex and the staff strength of these agencies is in excess of 700.
The medical screening exercise according to the Commissioner is an attempt by government to continuously invest in preventive measures so as to ensure that costs of curative healthcare is minimised and to further increase stability and productivity of the operatives.
Also speaking during the flag-off of the screening exercise, Paul Oluwabiyi, acting Permanent Secretary and Head of Administration and Human Resources, noted that the productivity level of officers is determined by the ability to perform in an efficient and sustainable manner.
The medical screening is targeted at all operatives within Safety Arena, Bolade-Oshodi and which commenced on August 27  will last  till September 7, at the Health Centre within the complex.