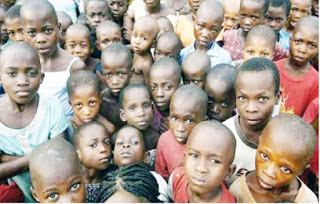 Despite insurgency, Borno is ahead of other states of the federation in the number of birth registrations conducted nationwide in the last five years, the National Population Commission says.
Emmanuel Mark, Head of Department, Vital Registration Department, National Population Commission (NPopC) in Borno, disclosed this in an interview with the DAILY INDEPENDENT recently.
Mark made the revelation during a Media Dialogue on Birth Registration in Kano, convened by the United Nations Children Education Fund in support of the Child Right Information Bureau, Federal Ministry information, Culture and Tourism.
Over 40 participants were in attendance at the meeting which aim was to tackle obstacles against birth registration in the country.
With 83 per cent under-one registration, and 20 per cent under-five registration within the period, Borno is ahead of others in the chart of birth registration in Nigeria, the Head of Department, NPopC said.
He said that NPopC through the support of the UNICEF engaged its staff with the business of registering children within the local government areas of the state to realise its dream.
According to Mark, other organisations also gave their support to Borno in ensuring that children were registered at birth.
He said, “Apart from UNICEF, there are other organisations like the UNHCR and Non-Governmental Organisations that supported us in the birth registration processes.
“What we also did to earn the glory was to assign our registrars not to only register at designated centres but also register in private hospitals and Internally Displaced Persons camps.
“So we have to take advantage of the IDP camps across the state and register the children.”
Mark also explained that traditional rulers and Religious Organisations were not involved in this registration but added that in the subsequent process they would be involved.
The Head of Department, NPopC stressed that if the traditional and religious institutions were brought in earlier, the birth registration in the country within the five years would have risen steeply.
Mark, therefore urged on parents and stakeholders to ensure that new born babies were registered as this was the only way to show the true picture of a child’s identity and as well be included in the population of the country.
The National Demographic Health Survey (NDHS) showed that Borno is leading in the birth registration rate with 172,878 boys and 190,438 girls totalling 363,316 within the period.
The state tops Lagos, Ibadan Kano, FCT and Oyo states, which have more population with an aggregate of 83 per cent and 20 per cent registration under one and five years respectively.
With the registration of 172,925 boys and 166,023 girls totaling 338,948, Kano came second on the chart.
Similarly, Lagos state registered 117,586 boys and 113,998 girls totaling 231,584 while Oyo State registered 86,615 boys and 86,522 girls which gave a total figure of 173,137 registrations.
With 7,567 boys and 7,309 girls’ registration, totalling 14,876 which translated to an aggregate of 15 per cent and three per cent under one and five years registration respectively, Balyesa emerged the lowest in birth registration.
Birth registration is the continuous, permanent, compulsory and universal recording of the occurrence and characteristics of birth.
Birth registration is free, which means that children aged between 0 and 17 can be registered free at any healthcare facility centre across the country, the Head of Department, NPopC said.