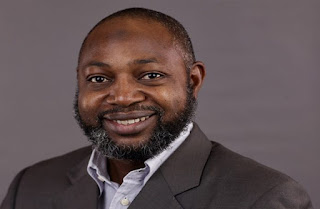 With a contraceptive prevalence rate for modern methods of 10 per cent, there is big concern among experts that Nigeria is among those with poor contraceptive indices despite the significant investments made over the last decade.
Expressing worry, Dr. Farouk Jega, Country Director, Pathfinder International in a statement to mark this year’s World Contraception Day said, Nigeria’s teeming population provides great potential of developing industrious youths that would guarantee the country’s development.
However, Dr. Jega stressed that this depends on largely on increasing investment in youths’ education, skill empowerment, health, especially in the area of reproductive health, among others.
The Pathfinder International boss said, “With a population nearing 200 million, about a quarter of who are young people, Nigeria has a good opportunity of harnessing the so-called demographic dividend by turning the ‘youth bulge’ into a productive segment contributing meaningfully to economic growth and development.
“But this demographic dividend can only be achieved if the necessary investments are made in the young population – investments in their education, skills development and health care, including access to full and voluntary family planning.
“Despite the significant investments made in the last decade or so, Nigeria’s contraceptive prevalence rate for modern methods is still a lowly 10 per cent.”
Bemoaning the situation, the Pathfinder International CEO said, Nigeria recently committed to significantly increase funding for contraceptive commodities at the London FP2020 Summit.
Despite this commitment, he decried the existence of funding gaps, noting that most states in the country have yet to prioritise family planning, and few have made budgetary provisions for this important service.
“Stock outs of key commodities are beginning to resurface in many health centers, further compounding an unmet need of women for contraceptive services, which is currently at 21 per cent.
It would be recalled that the latest edition of Goalkeepers, a Bill and Melinda Gates Foundation annual publication on the United Nations’ Sustainable Development Goals(SDGs) stressed on the need to track progress towards achieving SDGs.
The publication drew attention to the stark reality that unless something is done urgently, Nigeria and the Democratic Republic of Congo will be house to 40 per cent of the world’s poorest people by 2050.
Dr. Jega further noted that the National Youth Policy is long overdue for revision to address the reproductive health needs of adolescents and young people in the country.
He said, “Empowering our youthful population is an urgent necessity; failure to make the necessary investments in this restless segment of the population portends serious consequences, some of which may have already started manifesting in increased levels of insecurity and violent crimes across the country.
“Improving access to, and quality of family planning services has long been recognised as one of the most cost-effective interventions to address both maternal and child mortality.”
However, he identified recent positive developments, including, the task sharing policy of 2014 has enabled the training of many health care workers at the primary health care level to provide key services they were not hitherto providing, including contraceptive services.
Many State Ministries of Health have developed costed implementation plans for family planning, and a few have identified funding for implementation of such plans, he said.
But, the Country Director stressed that obstacles to access still exist, adding; “Apart from stock out of commodities, provider bias is another reason why women (especially young women) don’t have access to a full range of family planning options.
“Many providers erroneously believe that certain contraceptive methods are not suited for young people.”
He recommended that such erroneous belief should be addressed through constant retraining of health workers.
But, Dr. Jega lamented that the demographic window of opportunity is, unfortunately, not going to last forever, insisting; “Now is the time to start making those strategic investments in young people.
“As we enter into another election season, it is imperative that we make the connection between our burgeoning population that largely lacks access to opportunities, and the increased level of poverty and insecurity bedeviling our country.
“Making the necessary investments in human capital, especially in the youthful segment of the population, should be given the desired attention.”
The World Contraception Day takes place on September 26 every year.
Since 1957, Pathfinder has partnered with local governments, communities, and health systems to remove barriers to critical sexual and reproductive health services. Across 19 countries, we expand access to contraception, promote healthy pregnancies, save women’s lives, and stop the spread of new HIV infections, wherever the need is most urgent.
Their work ensures millions of women, men, and young people are able to choose their own paths forward.