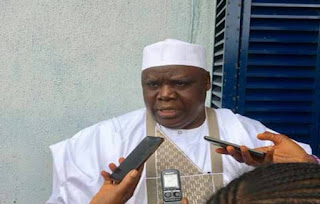 Chioma Umeha
Pharmacists under the auspices of the Pharmaceutical Society of Nigeria (PSN) have condemned disharmony and rivalry in the Nigerian healthcare sector, linking the development with the demand for the establishment of the office of Chief Medical Adviser “Surgeon General” to the president and creation of a national healthcare commission.
Pharm. Ahmed  Yakasai, President, PSN who spoke for the body enumerated other reasons which  causes rivalry, including, Matters arising from Teaching Hospital Act and opposition to appointment of other health professionals as directors in Federal Health Institutions.
The rest, he said are, establishment of postgraduate colleges for other health professionals, and the obvious bias against health professionals other than doctors especially in the reflected areas.
Pharm. Yakasai, who presented a paper  recently, at the annual scientific conference and exposition of the Nigerian Association of Pharmacists and Pharmaceutical Scientists in the Americas (NAPPSA)  titled: “Synergy among Healthcare Practitioners: Advocacy to Respective Agencies for Collaborative Practice in Nigeria”,  stressed on synergy in a successful healthcare  delivery system.
Insisting on the need for collaboration at the event which held weekend, Pharm Yakasai said; “Synergy among healthcare practitioners is a must and not an option in achieving optimum safe quality care for the patients.
When healthcare practitioners with different complimentary skills cooperate, come together and work hand in hand in the interest of the patients they always achieve better results for the patients, he added.
“The outcomes achieved due to synergy among the healthcare practitioners are far better than when each healthcare practitioner works in isolation. That is synergy. Even drugs work better when they work synergistically which one drug increases the other’s effectiveness.
“For example; Effect on the same cellular system by two different antibiotics like the Penicillin damages the cell wall of gram positive bacteria and improves the penetrations of aminoglycosides.”
Comparing recent development in the healthcare industry to what obtains in the past, the PSN boss said there is an obvious change in healthcare delivery nowadays due to influx of knowledge on the parts of patients and practitioners, which keeps the scope of healthcare expanding by the day.
“In the past, as it relates to the care process, healthcare practitioners were primarily nurses, pharmacists and doctors. Now the term healthcare practitioner encompasses a wide range of other people including other professionals.
“Not only has the number of medical subspecialties significantly increased over the last century (from 14 in 1927 to 103 in 2000), but the number of non-medical care practitioners has also increased. Patients too have to a certain extent become ‘practitioners’ in their own healthcare.
“Moreover, not only do current practitioners role need to be specified relative to the new care processes and operating systems, but entirely new roles – perhaps system architecture for example , need to be developed and reimbursed,” he stated.
The PSN President also noted that collaboration among healthcare practitioners would promote patient-centred care, enhancement of better communication, comprehensive patient care, better coordination of patient treatment plans, and it empowers team members.
A major high point of the annual scientific conference and exposition was the decoration of Pharm. Yakasai with the NAPPSA Distinguished Service Award, at Embassy Suites-Concord Hotel, Concord, North Carolina, USA.
He was recognised for his advocacy and tenacity for Pharmacy Practice in Nigeria.