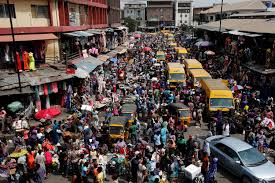 It has become glaring to all stakeholders in every sector of the Nigerian economy that the Nigerian huge population, which supposed to serve as strength to the nation, has the tendency to sabotage government policies on economic growth and development.
According to the 2018 National Demographic and Health Survey (NDHS) report, if fertility were to remain constant at current levels, a woman in
Nigeria would bear an average of 5.3 children in her lifetime.
While fertility is low among adolescents (107 births per 1,000 women), the report revealed that it peaks at 256 births per 1,000 among women aged from 25
to 59 years and fertility is higher among rural women than among urban women. On average, rural women will give birth to about 1.4 children more than urban women during their reproductive years (5.9 And 4.5, respectively).
Meanwhile, family planning which refers to a conscious effort by a couple to limit or space the number of children they have through the use of contraceptive methods like female sterilisation, male
sterilisation, the intrauterine contraceptive device
(IUD), implants, injectables, the pill, condoms, and the lactational amenorrhoea method (LAM), has not been fully utilised by couples.
According to the NDHS report, only 17 per cent of currently married women use a method of family planning, with 12 per cent using a modern method and five per cent using a traditional method.
Among currently married women, the most popular methods are implants, injectables, and withdrawal
(Each used by 3 per cent), followed by male condoms (used by 2 per cent).
The contraceptive prevalence rate (CPR) among married women vary with age, rising from 3 per cent among women age 15 to 19 to a peak of 23 per cent among women age 35 to 39 before declining to
13 per cent among women age 45-49.
The implication of this, according to stakeholders is that tough times await Nigerians due to an impending population explosion.
Governor of Central Bank of Nigeria, Godwin
Emefiele said Nigeria’s population would hit 425 million in 2050, the third largest in the world, unless urgent steps were taken to control it.
Emefiele, who painted a gloomy picture of Nigeria in comparison with other countries said the impending population explosion of Nigeria and attendant economic implications would create tough times for Nigerians.
He said with the rapid population on a yearly basis and a penchant for sabotaging government policies on economic growth and development, there would be a serious crisis if serious actions were not taken to control population growth.
The National Population Commission (NPC), Mr.
Eze Duruiheoma had said that Nigeria remains the
most populous in Africa, the seventh globally.
According to him, the recent World Population Prospects predicts that by 2050, Nigeria will become the third most populated country in the world.
Yet, the explosion in Nigeria’s population has not been commensurate with resources available in the country, hence, the need for Nigerians to embrace family planning says Duruiheoma.
The minister of Health, Prof Isaac Adewole, said universal access to family planning is a human right and a key factor in reducing poverty and attaining the Sustainable Development Goals.
Adewole said with the current Nigerian population of over 190 million people, efforts have to be made to create awareness of moderate family size nationwide, especially in rural areas.
He, however, called on all stakeholders to create more awareness of the need for Nigerians to embrace family planning.
A family planning facilitator, Mrs. Abiola Adekoya,
said family planning, when adopted by Nigerians, would reduce maternal mortality, help in preventing unwanted pregnancies and as well, help in curbing Nigeria’s population explosion.
Adekoya, who has administered family planning on lots of women, especially in her community at
Agboyi Ketu said family planning has been impactful to a lot of women in her community.
“If everybody adopts it; if there is male involvement, sensitisation programmes in churches, mosques, markets, our policy makers, it will go a long way in averting the huge population.
“The issue of abortion is reducing because people are aware of it; adolescents who cannot keep themselves are often advised to go for family planning instead of abortions.
“Parents should be able to counsel their children, they should be able to tell them the reasons why they should face their studies and keep themselves.
But the adolescent that cannot do it, it is better we counsel them on family planning only if they tell their parents”, she said.