Why Family Planning Is Now A Must For Nigerian Couples 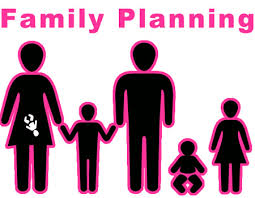 It is not news that family planning protects the health of women and children as well as reduces ugly risky overpopulation burdens by helping a family to plan and responsibly fulfill its parental roles.
The media is replete with many reports which X- rays the roles of family planning in population control, more so in view of the newest Nigeria’s population figures.
Nigeria’s population has risen to 201 million in 2019, according to the latest State of World
Population Report released recently by United
Nations Population Fund (UNFPA).
Nigeria is considered the populous country in Africa, yet it is only the fourth largest African nation in arable land area.
Nigeria’s annual growth rate of 2.8 % means the population is growing by nearly three million people every year.
Nigeria is considered the populous country in Africa, yet it is only the fourth largest African nation in arable land area.
Nigeria’s annual growth rate of 2.8  percent means the population is growing by nearly three million people every year.
To put this in perspective, in 1911, the population was 16 million. It grew to 114 million by the year 2000 and to an estimated 174 million in 2014.
Based on the 2014 trend, it was estimated that the population would nearly double in 20 years.
According to the new UNFPA report, Nigeria’s population grew at an annual average growth rate of
2.6 per cent in the last 10 years.
Between 1969 and 2019, Nigeria’s population grew by 267.4 percent. In 1969, Nigeria’s population was estimated at 54.7 million people, while it has now increased to 201million in 2019.
Today, the reality is staring at everyone. Keen analysts say without urgent intervention through effective and strategic implementation of family planning models, the country, already on recession threshold, is bound to spiral more downwards into further socio-economic decline.
The rapid growth of the Nigerian population has widespread implications for its present and future citizens.
On Nigerian campuses, students stand by windows to listen to lectures and a typical room where only two students lodged in the 1970s now house up to 10 students.
Major cities like Lagos, Ibadan, Abuja, Port
Harcourt, Kano, and Kaduna are already experiencing an explosion in population; housing is overstretched, and a growing number of Nigerians are homeless.
The rate of population growth is outpacing huge attempts to increase employment opportunities in Nigeria, leading to considerable waste of the talents of young people.
Food imports will need to increase dramatically as use of land for building continues to compete with the use of land for farming.
Due to the use of land for building, by 1996, land used for agriculture had reduced to only 266,407 sq. km, or 29 per cent of available land for agriculture.
As available land for agriculture decreases, it becomes more difficult to feed the growing population.
People in large families are more likely to suffer from poor nutrition, stunting, and malnutrition, especially among children with broad dangerous implications.
Although there is no single answer to the population explosion challenges facing the nation, it is clear that the population needs to be balanced with the amount of land available to feed and house Nigerian citizenry.
By reducing the birth rate and slowing population growth, family planning would improve the health of Nigerians, especially children and mothers, in addition to providing significant socio-economic benefits.
Beyond obvious societal benefits, healthy timing and the spacing of pregnancies through family planning has incredible health benefits for mothers and children.
Approximately 814 women die in Nigeria due to complications related to pregnancy according to 2015 World Bank indicators. Women are more likely to die when pregnancies are spaced close together or the mother is very young or beyond the age that is healthy for childbirth.
Children are also more likely to die when they have siblings very close in age.
According to a USAID-supported Demographic and
Health Survey report, if all women waited three years to conceive after the birth of a child, 25 per cent of all deaths of children under five could be avoided.
Saving the lives of mothers and children is now a public health emergency. That is why family planning should become the greatest priority of every Nigerian couple today.
This article was adapted from the Media Advocacy Working Group Family Being Column in Leadership Newspaper