2023: I'm Driven by the Need for Better Healthcare - Dr. Abimbola 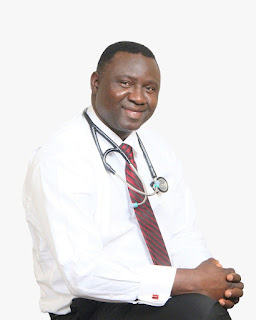 Dr. M.K.O Abimbola, the secretary of the Tinubu Support Group-USA Chapter, has expressed interest in running for the APC's (APC) Ibadan South West State Constituency one seat in the Oyo State House of Assembly.

Abimbola, who holds a PhD in physician associate studies, remarked that the desire to improve healthcare delivery and access inspired him. He also emphasized his concern for Nigeria's poor, whom he claims are at the forefront of the country's inefficient and inadequate healthcare system.

Dr. M.K.O Abimbola, a columnist for "Health Education with Dr. M.K.O Abimbola," has often criticized Nigeria's lack of a physician associate profession. According to him, he engaged with various lawmakers who were apprehensive to sponsor or support the bill because they feared it would be crushed by special interests once it reached the floor.

When questioned if his position in the Oyo Assembly would change things because the legislation may require federal support in both houses, Abimbola said that his bid for the house of assembly will prepare him for the challenge ahead.

Abimbola also mentioned how his active engagement in the June 12 election and subsequent fight for democracy prepared him for partisan politics.

He reflected on his degree of participation in the elections that saw Alhaji Lam Adeshina, Ajimobi, of blessed memory, elected to the Agodi Government House.

As the secretary of the Tinubu Support Group-USA Chapter, he detailed his active participation in the election that ushered in President Buhari and the subsequent re-election, noting that his involvement in partisan politics stretched beyond both local and international politics.

He is the younger brother of late Hon. Fatai Abimbola, alias Abogun, a former commissioner in late former governor Abiola Ajimobi's cabinet who was assassinated immediately after his boss's death on the Lagos-Ibadan expressway.