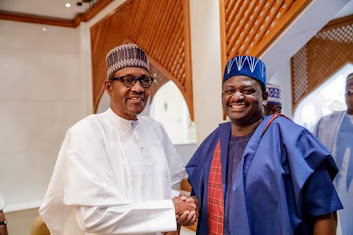 Mr Femi Adesina, the president's special assistant on media and publicity, has praised the Presidential Dairy Magazine for its authenticity in reporting on President Muhammadu Buhari's government.

This was said by Adesina at the magazine's sixth-anniversary conference and award ceremony, which was recently held in Abuja.

He stated that every government requires encouragement, but that all he hears are complaints, critiques, and various baseless stories from time to time. That is why he believes people should value something like the Presidential Dairy.

"It encourages and supports you." When you pick up a copy of the presidential dairy magazine, you are relieved to see that, yes, this is a periodical that acknowledges the Buhari administration's efforts and decides to communicate them to the wider people.

"No government enjoys seeing its citizens killed. However, the current narrative in the country makes it sound as if the administration is even interested about Nigerians being killed.

"This is an administration that has done more in the field of security than any other government in the country's history." It has provided platforms and equipment to the Armed Forces.

"I believe the Air Force had two or three serviceable fighter jets when this government took office, but there are now over 20, all bought by the Buhari administration." You'll find the same thing in the Navy, and you'll find the same thing in the Army. It has so well armed our military that when a new government comes in, we won't have to start from scratch. It'll just keep going.

"However, you know what? In most circles in Nigeria, there isn't a single word of praise, and I like to add that everyone, including you and me, deserves recognition from time to time. If you're being honest with yourself, this administration has constructed infrastructure such as roads, rail, and airports.

Murtada Busair Ahmad, an associate professor at the Nile University of Nigeria's Abuja's Mass Communication Department, who also praised Presidential Dairy Magazine, said in his keynote address that journalism should not have been established without politics, and that journalism's existence throughout history has not been without politics.

"When we talk about good governance, which is a hot topic right now," Ahmed explained, "we students of politics and media always go to the literature to see if there is any knowledge of what scholars have said about such topics."

Dr. Abubakar Jimoh, the editorial adviser of Presidential Dairy Magazine, stated in his remarks that the magazine was founded in 2015, when Nigerians were clamouring for change, and that this was the force that propelled President Muhammadu Buhari into office.