Pharmacists Say Project 91 Could Build Medicine Security In The Country. 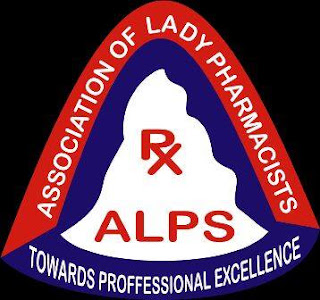 Pharmacists representing the Association of Lady Pharmacists (ALPs) have claimed that if Nigeria expands investments in the country, one of its medical plant cultivation programs, Project 91, might limit capital flight and provide the country with medicine security.

With the required investment, the ALPs said the project hoped to provide good health, nutrition, and economic benefits. It is expected to boost the country's gross domestic income (GDI), gross domestic product (GDP), and hence the economy.

In the end, Nigeria would be grouped with China and India, which now control the worldwide market for traditional and herbal medicine.

The ALPs will cooperate with the National Institute of Pharmaceutical Research and Development (NIPRD) to ensure that the final products of cultivation are standardised to fulfill current pharmaceutical needs, according to Victoria Ukwu, National Chairman of ALPs.

The ALPs' strategy was revealed at a press conference in Lagos to announce the 15th Bienniel National Conference, titled "Pharmaceutical Value Chain For Optimal Utilization — Where Are We?"

Herbal medicinal plants have shown benefits in illness conditions such as sickle cell anemia, according to the ALPs strategy, which is focused toward the implementation of standards to ensure consumer safety.

She dismissed reports that pharmacists are against herbal medications, saying, "The emphasis now is on agriculture." Right now, the concentration is on agriculture. We may enlist the assistance of all of our governors' wives, who are also our patrons, in establishing herbal/vegetable gardens across the country. This will empower women while also showcasing our abundant herbal resources and ensuring medical security."

"Nigeria is rich with medical plants; that is why we are going into this project," Ukwu said, explaining the reason behind the medicinal plant growing. "It's a zonal issue," she added. We have gardens in Asaba and Ogun State where we are growing medicinal herbs." According to her, ALPs are active in 26 states across the country, as well as the federal capital area. The ALP has been working with various first ladies on medicinal plant planting, according to the National Chairman.

"We paid a courtesy visit to the First Lady of Benue State last year, and we requested that she supply the association with a garden in Benue State for 'Project 91."

She went on to say that four first ladies will be attending the June summit. The ALPs will be asked to provide gardens for the planting of medicinal plants from the First Ladies of Lagos, Ogun, Edo, and Katsina states.

In similar manner, former National Chairman of ALPs Chief Yetunde Morokundiya explained that both traditional and conventional medical practitioners now collaborate to promote optimal health care delivery. They are no longer haphazardly practicing. She emphasized that traditional medicine is now properly manufactured and packaged in a measured way to ensure uniformity.

Many conventional remedies are derived from plants, according to Monica Hemben Eimunjeze, Chairman of the Central Planning Committee. "What we're discussing is the deliberate cultivation of specific plants.

"Examples include hibiscus and bitter leaf plants, which are cultivated for production rather than just existing." Some herbs, according to Eimunjeze, induce twin conception while others have benefits in the treatment of sickle cell disease. "Project 91 is all about identifying such plants and cultivating them for that purpose," she continued.

The ALPs conference will take place in Lagos State, beginning with a retreat at the Whispering Palms Resort in Badagry from June 5 to 8, followed by a quiz competition among female students from public secondary schools at the Lagos Country Club on June 8. While the conference's opening ceremony will take place on June 9, the Biennial General Meeting and final dinner will be held on June 10.