The Downside to Adopting A Keto-diet 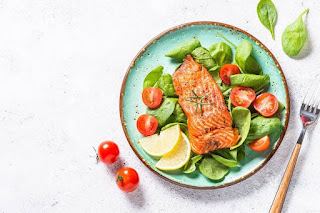 The ketogenic diet has actually been used as an epilepsy treatment since the 1920s, despite the fact that it may appear to be new and modern. These days, it's promoted as a treatment for everything from type 2 diabetes to infertility, as well as for helping people lose those difficult extra pounds.

According to a review published in August 2013 in the European Journal of Clinical Nutrition, the ketogenic diet typically calls for increasing protein and fat intake while reducing carbohydrate intake to less than 50 grams per day. On a ketogenic diet, you will typically consume 70 to 80 percent fat, 20 to 25 percent protein, and 5 to 10 percent carbohydrates.

The relationship between ketogenic diet and muscle loss are still being studied, according to San Francisco-based dietitian Edwina Clark, RD. Even when they continue their resistance training, people on the ketogenic diet may still lose muscle. This may be due to the fact that, following exercise, protein and carbohydrates work better together to build muscle than protein alone.

Conversly, a small study published in the journal Sports in March 2018 found that people who followed the ketogenic diet for three months lost roughly the same amount of body fat and experienced roughly the same changes in their muscle mass as those who followed conventional diets. However, people on the keto diet did lose more muscle in their legs. 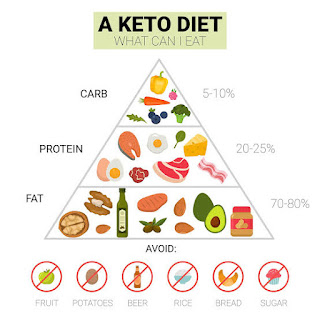 There are better and worse ways to follow the keto diet. Putting a lot of meat on your plate, particularly processed meats, may make you more likely to develop kidney stones and gout, a painful form of arthritis. A high intake of animal proteins raises calcium and uric acid levels and causes urine to become more acidic. High uric acid can increase your risk for gout, and this combination makes kidney stones more likely to form in your body,.

Additionally, the ketogenic diet can be harmful for those who have kidney disease because they must adhere to a specific diet that is recommended by their dietitian. Also, by adopting a keto diet,  you’ll likely experience bad breath as your body transitions to ketosis. This is due to the fact that acetone, a byproduct of ketosis, is primarily eliminated through the lungs and breath.

On the keto diet, periods may become irregular or completely stop. This is due to the rapid weightloss as a result of drops in gonadotropin-releasing hormone, follicle-stimulating hormone, luteinizing hormone, estrogen, and progesterone.

Long-term menstrual disruption can have serious consequences, including low bone density. This is because estrogen is essential for bone health. Studies have also found that irregular menstruation increases the risk of cardiovascular disease, depression, anxiety, and sexual dysfunction. If your cycles become irregular or you stop having periods, you should see your ob-gyn.

Inspite of any existing medical conditions, seek the assistance of a registered dietitian nutritionist before beginning a ketogenic diet to develop a meal plan that you can follow. The diet should be avoided by anyone who has kidney disease, a history of eating disorder, or who has type 1 diabetes.