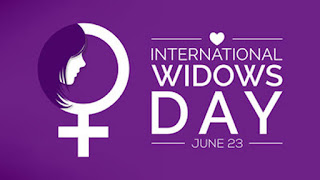 Mrs Fidelia Emejor, a 44-year-old widow, has spoken out against domestic violence and abuse from her late husband's family.

Mrs Emejor described her ordeal when she visited the Enugu office of Women's Aid Collective (WACOL), saying she has been experiencing hardship and family abuse since the death of her husband, Mr Paul Lewechi, in 2017.

"I feel so bad today because I recall the death of my late husband," she says. Since my husband's death, I have faced unspeakable hardship as a result of domestic violence and abuse from my husband's brothers. Mr. Joseph Emejor, the arrowhead in this wicked act, has been making my life miserable since the unfortunate incident.

We were forcibly removed from our home by one of them, Mr. Joseph Emejor, and his brother, who also locked the houses in the village and in Kaduna state, where I had lived with my husband until his death.

"As if that weren't enough, they came back six months later and took the kids away from me, leaving just my son and I. In addition, despite the fact that I have no other means of support, they have been taking the rent from our home and shops without giving it to me. We have suffered as a result of them taking everything away from us.

"In addition to these humiliations, Mr. Josepph Emejor, who is currently living with his family in our Kaduna shops and homes, has been a constant presence in my life.

If I don't give him the property documents, he threatened to kill me. I am pleading for help because I am depressed.

"They ignored the Eze when he invited them, so I reported the situation to the traditional leader of our community. I went to the WACOL office in Enugu to seek justice for this reason. Due to the out-of-control domestic violence, I made the decision to speak out. I want the entire world to hear me and save me," she exclaimed.

Egodi Igwe, the WACOL communication officer, said in a statement made available to journalists in Enugu on Monday that the widow had reported a case of abuse to the WACOL legal clinic in 2021.

"Following the commemoration of the 2022 International Widows Day today, our client has decided to share her story with the entire world to raise awareness about the plight of widows like her and to enlist the assistance of pertinent agencies in order to put an end to her tribulation," the statement reads.

"Felicia's case is merely one of the tens of thousands of heartbreaking accounts of widows that WACOL (Tamar SARC) receives every day. These victims come from all over the nation, but particularly the South-East.

"Negative cultural norms that are prevalent in the area have been linked to the causes of these. More than 20 years after the Beijing declaration, harmful cultural norms are still pervasive in Igboland, according to research by WACOL in the South East and South-South States.

It is true that widows in Nigeria experience terrifying afflictions as a result of harmful widowhood practices, such as economic disinheritance, social exclusion, forced custody of children, physical/emotional abuse, and eviction from matrimonial homes. Some people are forced to drink water that was used to wash their husbands' corpses after they are accused of killing them in order to prove their innocence.

"Violence against widows continues to be a problem for widows in Africa, particularly in Nigeria.

The WomenAid Collective (WACOL) has joined other human rights organizations in calling for a better life for widows in Nigeria as the world observes International Widows Day.

We observe that this is an additional chance to highlight the struggles of widows within and outside of our communities, neighborhoods, and even at places of employment.

"In keeping with the celebration's theme this year, "Sustainable Solution for Widows Financial Independent," we demand that widows be completely freed from poverty, deprivation, and the physical and emotional abuse that go along with it.

To ensure Mrs. Emejor's safe return to her community, WACOL is currently coordinating with the traditional leader of the area. We will continue to intervene in other cases that are similar to the one at hand.

We are also working together on projects to address violence against women and girls, including harmful cultural practices, with partner organizations like Action Aid Nigeria, UNDP, and UNWomen.

Intriguingly, we are currently working with the Ford Foundation on a project to eradicate harmful cultural norms by enlisting traditional leaders, judges, and women activists to review and codify existing cultural norms in order to eradicate those that encourage violence against women and girls in society, including widowhood practices.

Women are declared to have the right to live freely and are protected by the law, according to laws and treaties. Nigeria has also signed these documents.

As a result, "we call on all relevant agencies to ensure that these existing laws that guarantee and promote safety as well as better living standards for widows in society are effectively implemented."