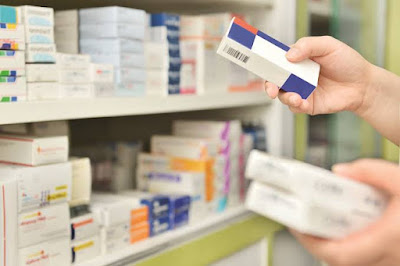 The Taskforce on Counterfeit, Fake Drugs, and Unwholesome Processed Foods of the Lagos State Government closed 19 pharmacies at Igando-Ikotun in the Alimosho Local Government area of the State for failing to adhere to regulatory standards.

The Pharmacists Council of Nigeria (PCN) displayed drugs for sale in unregistered and unlicensed shops; there were improper storage conditions for drugs; untrained individuals handled and dispensed drugs; and there were sales of drugs outside. The Commissioner for Health, Professor Akin Abayomi, revealed this today after reviewing the report of the recent enforcement exercise conducted by Taskforce.

He mentioned how the Taskforce's activities followed a campaign against illegal drug dealers and bogus substances.

According to Abayomi, changes have been made to the Taskforce's monitoring and enforcement procedures to make sure that the law's requirements for the operation of pharmacies and specialty drug stores are properly followed in order to protect the public's health.

Pharmacist Oyebisi Omolambe, director of pharmaceutical services at the ministry of health, declared that the state government will not give up on efforts to restrict the operations of unlicensed pharmaceutical outlets and drug stores, despite their inherent risks.

This closure, according to Omolambe, is a part of the government's ongoing efforts to clean up the drug distribution system and stop the spread of fraudulent pharmaceuticals in the State.

The National Agency for Food Drug Administration and Control (NAFDAC), Pharmacists' Council of Nigeria (PCN), Pharmaceutical Society of Nigeria (PSN), the Legal Unit of the Ministry of Health, and the Police Officers from Environmental and Special Offences Unit (Task Force) of Lagos Police Command collaborated on the enforcement and compliance raid by the State Taskforce on Counterfeit, Fake Drugs, and Unwholesome Processed Foods.