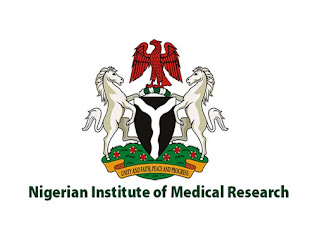 Following World Health Organisation (WHO) latest survey which shows that not less than 51 million Nigerians, equivalent to 30 per cent of the population, tested positive to the malaria parasite in 2015, researchers have decried growing paucity of funds required for research which is impeding the roll out of malaria interventions and others.

The researchers who are from Nigeria Institute of Medical Research (NIMR),Yaba, Lagos, while noting that the highest number of Malaria cases occurred in the North West and North Central zones of the country, raised alarm that Nigeria is not on track for malaria elimination.

Lamenting, the Deputy Director (Research) and Head, Malaria Research Programme (NIMR) Dr. Sam Awolola, said with such high malaria burden, and continued reliance on foreign intervention, the country is far from being on track to end the malaria scourge.

Awolola, who raised the alarm at a forum organised by NIMR in commemoration of this year’s World Malaria Day, said the theme: “End Malaria for Good,” was not meant for a country like Nigeria which he said was far from pre-elimination not to talk of elimination.

His said: “The 2014 and 2015 World Malaria reports testify to this fact. The Nigerian National statistics shows that malaria accounts for 60 per cent of hospital out-patient visits, 25 per cent infant deaths, 30 percent of all under-five deaths and 11 per cent of maternal mortality annually.”

“Unless our government funds research by creating enabling environment, putting the right infrastructure in place and human capacity to do research, we cannot make progress.”
According to him, although there has been improvement in malaria interventions, but the parasites indices remain high and that shows how far Nigeria is from elimination.

He noted that if nothing is done, many of the gains and progress made in the field of malaria research and control will be lost, as “defeating malaria today is investing in our tomorrow.”
He cited the instance where NIMR had to drop a research work on the characterization of sites for malaria test vaccines due to lack of funds, saying vaccines cannot just be brought into the country without testing them.

“We cannot equally develop vaccines without research, because it is research that develops vaccines, and if money is not invested, how do we get results,” he asked rhetorically.

Currently, NIMR is carrying out site characteristics for the testing of a new malaria vaccine in Nigeria, but he noted that the Institute should have advanced beyond that.

Awolola explained; “research has a key role to play in the quest towards malaria elimination, as findings from research works are needed to guide policies, yet very little is done by government to improve on research funding.”

Research he said is not a jamboree because it requires the right infrastructure, human capacity and the right environment so unless government investments properly in it, “our health research institutions will remain what they are.”

He told Independent that though he can no give figures on government support, but “for the last five years I have been the head of the malaria department, I can tell you Research funding has been very poor, not only malaria research, but generally.”

He stressed the need to accord the importance of research in developments, “we are in a country where research is not recognised,” he added.

“Nigeria has a vaccine development laboratory but for many years, no money has been made available to run it. The American government has put close to $20 billion in developing genetically modified mosquitoes in the last 20 years, and up till now they have not been successful, but with us here, within one or two years we want results. Research is a long term venture, but result will definitely come at the end,” Awolola lamented.

The malaria group boss pointed out that external bodies fund most research in Nigeria, “When foreigners fund research they want their results and this affects us negatively.”
“And as long as our researches and interventions are donor driven, he that pays the piper dictates the tunes,” he expressed.

Corroborating, WHO Malaria Containment Representative in Nigeria, Dr. Tolu Arowolo, in her presentation confirming the recent malaria prevalence conducted across Nigeria, and published in April 2016, said it shows that the North West and North Central zones have high prevalence of malaria cases.

“Currently, Nigeria is at 27 per cent, by the time we would repeat the survey by 2020, it is expected to be less than five per cent and this is achievable because our prevalence in 2010 was 42 per cent and now we have 27 per cent which is about 15 per cent reduction.”

She however canvassed for robust integrated data management to reach out to population at risk, accurate diagnoses of all person at risk, activities that will encourage use of material that prevent malaria, availabilities of commodities in all healthcare facilities among others.

Arowolo told Independent that malaria eradication is possible in Nigeria: “We have tools, interventions and strategies like our malaria strategic plan which targets pre elimination in the country by 2020 through deploying all the current evident based interventions to scale.

In the same vein, Arowolo noted: “we are also seeking to increase generation of funds to be able to conduct research as well as put in place good accountability mechanism in place to coordinate the plan.”
Arowolo stated that new studies about insecticide and drug resistance are ongoing since it’s been constantly reported that mosquitoes are getting resistant to them.

She identified the challenge of people boycotting interventions like the use of long lasting mosquito nets due to epileptic power supply as studies has shown.

On his part, the Director General of Nigeria Institute of Medical Research, NIMR, Prof. Innocent Ujah lamented the high percentage of deaths caused by malaria.

“In spite of the global effort to end malaria, it is still a major public health problem in Sub-Saharan Africa and Nigeria in particular which the 2014 and 2015 world malaria reports testify to this fact,” the DG said.
Posted by Chioma Umeha at 06:24