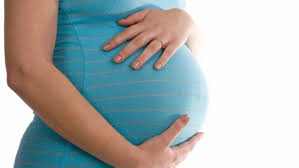 By Chioma Umeha
Lagos – Experts have stressed that achieving healthy timing and spacing of pregnancies and childbirths is one way that Nigeria’s high indices of maternal mortality will be reduced.
Stating this while marking the annual World Contraception Day, recently, the Senior Technical Advisor, Advocacy for Nigeria Urban Reproductive Health Initiative (NURHI), Charity Ibeawuchi, noted that Nigeria still has one of the highest maternal mortality rate of 576 deaths per 100,000 live births (according to 2013 NDHS Report).
Ibeawuchi’s views were contained in a release by Development Communications Network (DEVCOMS).
She explained that Family planning alone reduces maternal deaths by more than 33 per cent yet only few Nigerian women (about 15 per cent) are using any method of family planning for spacing or limiting pregnancies while 10 per cent use modern family planning methods.
She noted that the health of the women, particularly those of reproductive age, from 15 to 49 years in Nigeria are at risk with the silent epidemic of poor maternal mortality and morbidity.
“23 percent of our teenage girls, from age 15 to 19 are already mothers or pregnant with their first child. Half of our teenage girl population are already married by age 18, while 61 per cent are married by age 20. Women in Nigeria have an average of six children. Studies have shown the strong linkage between high fertility, high risk births, poor access to modern family planning/child birth spacing methods and high maternal mortality ratio.
“The enormity of the current high maternal mortality and morbidity in Nigeria is staggering. The social and economic costs due to the complications and deaths to the family and the nation are enormous and should be resolved as a national priority,” she said.
Recognizing the efforts of Nigerian government such as the adoption of National Family Planning Blueprint (Costed Implementation Plan) in October 2014, which is aimed atscaling up modern family planning services uptake and enhancing positive behaviours among women and families, she observed that budget lines and funding dedicated to maternal health, including family planning information and services at the federal, state and local governments levels are grossly inadequate to achieve this goal.
In order to tackle the challenges of uptake of Family Planning, Ibeawuchi recommends “political commitment backed by adequate and sustained funding of family planning programmes by the government at all levels will create the necessary enabling environment that will result in decreasing maternal deaths and morbidity thereby increasing maternal survival, increased productivity and poverty reduction.”
Speaking on the low uptake of Family Planning methods in Nigeria, Professor of Obstetrics and Gynaecology, Prof Oladosu Ojengbede acknowledged that the wide knowledge of Family Planning methods has not translated to its uptake.
“Religious connotation seems to draw us back and cultural issues such as the men not supporting family planning, community misconceptions about family planning, religious undertone to family planning and also the failure to build enough confidence in the people to access quality services needed for family planning”.
For solution, Prof. Ojengbede recommends working with traditional-religious structures in which the people have confidence, trust and will believe and obey. This he said would help dispel the myths, misconceptions, traditional and religious biases that people have against the use of contraceptives. “The traditional rulers have a role to play; we should not think that these traditional and cultural structures will not support family planning. We’ve seen eminent, traditional rulers who are talking about family planning. We need to bring them in far more than we have done,” he stressed.
World Contraception Day (WCD) takes place on September 26th every year. The annual global campaign centres on a vision where every pregnancy is wanted. The mission is to improve awareness of contraception and enable women to make informed decisions on their sexual and reproductive rights – in essence plan the timing and spacing of their births.