How Internet Can Help To Tackle Insomnia 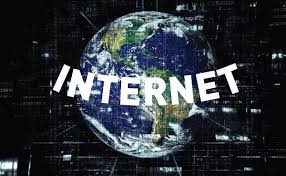 By Chioma Umeha
Web-based therapy for insomnia is an effective option that could reach “previously unimaginable numbers of people,” researchers suggest. Although cognitive behaviour therapy for insomnia (CBT-I) is the first-line treatment for adults with chronic insomnia, there are not enough trained clinicians to deliver the treatment, said Dr Lee Ritterband of the University of Virginia School of Medicine in Charlottesville and colleagues in an online report.
To investigate whether web based CBT-I is effective over the long term and might enable more people to benefit, the team randomly assigned 303 adults with chronic insomnia to a six-week automated, interactive and tailored web-based program (Sleep Healthy Using the Internet, or SHUTi, at http: www.myshuti.com) or an online, non-tailored patient education programme about insomnia.
To be included in the study, participants had to take more than half an hour to fall asleep at the beginning of the night or be awake for more than half an hour after initially falling asleep at least three nights per week for at least six months; average 6.5 hours or less sleep time nightly; and experience significant stress or impaired functioning due to sleep disturbances. About half of participants also had at least one medical or psychiatric condition.
Most of the participants -77 in the SHUTi group (51 per cent) and 69 in the patient education group (46 per cent) – had taken a sleep aid at least once.The research team reports in ‘JAMA Psychiatry’ that SHUTi was significantly more effective than the patient education program with respect to insomnia severity, delay until sleep onset and time awake after sleep onset.
By one year, insomnia was no longer a problem for 57 per cent of SHUTi participants versus 27 per cent of those receiving education.
In addition, 70 per cent of SHUTi participants had seen at least some improvement, compared to 43 per cent of participants who received education. Ritterband said that the online intervention was not intended to replace faceto-face CBT-I, “but rather to expand the availability and access (to CBT-I) to meet the needs of the millions of people.”
Dr Aric Prather of the University of California, San Francisco, co-author of an accompanying editorial, told Reuters Health, “This study provides the strongest evidence to date that web-based CBT-I is efficacious for treating patients with insomnia, including those with some psychiatric and medical comorbidities. These findings further highlight how technology can help scale the disseminations of needed interventions.”