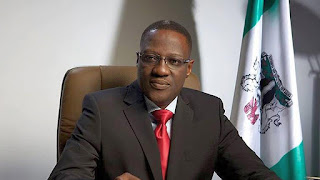 By Chioma Umeha
To support Community Health Insurance Scheme (CHIS) in the State, the Kwara Government has released N250 million.
The State Commissioner for Health, Suleiman Alege, stated this on Tuesday in an interview with journalists in Ilorin.
According to him, the State government is also working towards putting the primary health care under the same roof with the State health development agency.
Alege stated that a new diagnostic centre for the Ilorin General Hospital would begin operation soon to reduce the stress faced by patients.
The Commissioner said government enlightenment programmes across the state has ensured preventive measures against outbreak of disease adding that the renovation of the General Hospital in Oro, Patigi and the states Civil Service Clinic have been included in this year’s budget.
Alege also stated that fund has been released to procure more equipment for the Harmony Diagnostic Centre, Ilorin for the improvement of its services.