How STDs Can Cause Infertility 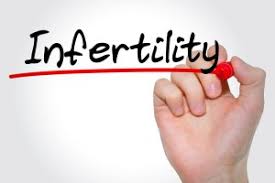 e (PID) – a condition that can cause long-term complications, such as chronic pelvic pain, ectopic pregnancy (pregnancy outside of the uterus), and infertility.

Additionally, infections with gonorrhea and chlamydia may not cause symptoms and may go unnoticed. These undiagnosed and untreated infections can lead to severe health consequences, especially in women, causing permanent damage to reproductive organs.
The Centers for Disease Control and Prevention estimates that these infections cause infertility in at least 24,000 women each year. Although infertility is less common among men, it does occur. More commonly, untreated chlamydia and gonorrhea infections in men may cause epididymitis, a painful infection in the tissue surrounding the testicles, or urethritis, an infection of the urinary canal in the penis, which causes painful urination and fever.
How many people are affected by or at risk for a sexually transmitted disease or sexually transmitted infection (STD/STI)?
Anyone who has had or is having sexual intercourse or oral sex, or who has participated or is participating in sex play, is at risk for acquiring an STD/STI. Fortunately, it is possible for a person to decrease his or her risk by having protected sex and knowing his or her STD/STI status and that of his or her partner. Still, the Centers for Disease Control and Prevention (CDC) estimates nearly 20 million new cases of these reportable STDs/STIs (gonorrhea, chlamydia, syphilis) occur each year in the United States—almost half of them among young people 15 to 24 years of age.
While not the most common STD/STI, HIV/AIDS is one of the most devastating and most well known. Recent data from the CDC indicate that 1.1 million Americans have HIV2: One in five is unaware that they have the virus. Approximately 50,000 Americans become infected with HIV each year. 15,529 people with AIDS died in 2010.
The official HIV prevalence by UNAIDS in Nigeria is 3.2 per cent among the adult population, giving a total estimate of 3.4 million Nigerians living with HIV. The most recent national prevalence survey for HIV carried out in Nigeria in 2013/14, undertaken by the National AIDS and STI Control Programme of the Federal Ministry of Health, put overall HIV prevalence among women attending antenatal clinics in Nigeria at 3.0 per cent.
What are the symptoms of a sexually transmitted disease or sexually transmitted infection (STD/STI)?
People with STDs/STIs may feel ill and notice some of the following signs and symptoms: Unusual discharge from the penis or vagina; Sores or warts on the genital area; Painful or frequent urination; Itching and redness in the genital area.
Others are: Blisters or sores in or around the mouth; Abnormal vaginal odour; Anal itching, soreness, or bleeding; Abdominal pain and Fever.
In some cases, people with STDs/STIs have no symptoms, and over time the symptoms, if present, can improve on their own. However, it is common for individuals to have an STD/STI and pass it on to others without knowing it.
If you are concerned that you or your sexual partner may have an STD/STI, talk to your health care provider. Even if you do not have symptoms, it is possible you may have an STD/STI that needs to be treated to ensure your and your partner’s sexual health.