The Link Between Bacteria, Viruses And Infertility 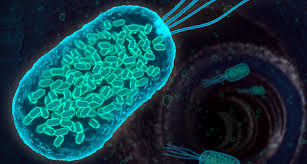 By Chioma Umeha
There are two major causes of STDs/STIs: Bacteria, including chlamydia, gonorrhea, and syphilis.
Viruses, including HIV/AIDS, herpes simplex virus, human papillomavirus (HPV), hepatitis B virus, and cytomegalovirus (CMV, pronounced sahy-toh-MEG-uh-loh-vahy-ruhs), yeasts and protozoan parasites, such as Trichomonas vaginalis (pronounced TRIK-uh-MOH-nuss vaj-uh-NAHY-lis), or insects such as crab lice or scabies mites, cause STDs/STIs.
In many cases, bacteria, including chlamydia, gonorrhea, and syphilis are linked to infertility primarily when they are left untreated. Similarly, viruses, including HIV/AIDS, herpes simplex virus, human papillomavirus (HPV), hepatitis B virus, and cytomegalovirus among others can lead to primary infertility when they are left untreated.
What causes a sexually transmitted disease or sexually transmitted infection (STD/STI)?
For effective management of infertility, it is important for couples, even intending partners to know what causes a sexually transmitted disease or sexually transmitted infection (STD/STI). This will help them to protect themselves.
Any STD/STI can be spread through sexual intercourse, and some STDs/STIs also are spread through oral sex and sex play. Ejaculation does not have to occur for an STD/STI to be passed from person to person. Sharing contaminated needles used to inject drugs or using contaminated body piercing and tattooing equipment also can transmit some infections, such as HIV or hepatitis B and C.
A few diseases (such as CMV and molluscum contagiosum) can be sexually transmitted but are also spread through nonsexual, close contact. Regardless of how a person is exposed, once a person is infected by an STD/STI, he or she can spread the infection to other people through oral, vaginal, or anal sex, even if he or she has no symptoms.
STDs/STIs are of particular concern in pregnant women, because some infections can be passed on to the infant before birth or during delivery. However, the risk of transmission from mother to infant can be lowered, and it is important for every expectant mother to be screened.
For example, HIV can be passed from mother to infant during pregnancy before birth, at the time of delivery, or after birth during breastfeeding.
This transmission can be prevented through treatment with certain medications during pregnancy and near delivery. After birth, women who have HIV should refrain from breastfeeding their infants if safe alternatives, such as infant formula, are available, further reducing the infant’s risk.
In other cases, if the mother has an infection such as gonorrhea or herpes, in which risks of transmission are high during delivery, other steps can be taken to reduce the likelihood that the infant will be infected. In these instances, health care providers can treat the pregnant woman for the STD/STI before birth, or the infant can be delivered by cesarean section (also referred to as C section).
CMV affects about one per cent of all births. A pregnant woman infected with CMV can transmit the infection to the fetus in the womb, or it can be passed to the infant during delivery or by breastfeeding.