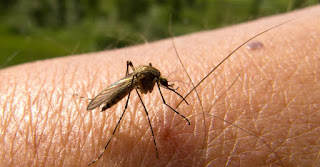 In recent years, the world has recorded tremendous progress in the fight against malaria. The World Malaria Report 2015 shows malaria mortality rates have fallen by 66 per cent among all age groups and by 71 per cent among children under five in Africa since 2000.
But, there is still work to do just as a new vaccine developed by a US-based team is showing promising results, and could accelerate progress.
Creating the vaccine, researchers infected people with weakened, genetically modified forms of the Plasmodium falciparum parasite in safety trials.
The weakened malaria parasite, while unable to complete its lifecycle and develop into full-blown malaria, exposes the immune system to the disease and stimulates a response that could block an actual infection.
After tests on ten people during trials, the results were encouraging: there were no cases of full malaria infection and no significant side-effects.
Describing the positive test results as “critical milestones for malaria vaccine development,” Sebastian Mikolajczak, one of the project researchers, the modified parasite used in tests is both safe and immunogenic.
“The clinical study now shows that the vaccine is completely attenuated in humans and also shows that even after only a single administration, it elicits a robust immune response against the malaria parasite,” says Mikolajczak, according to an online report.
Published findings of test trials say while “creating genetically defined and weakened parasite strains that are safe for vaccination remains challenging,” the recorded results “warrant further clinical testing.”
The prospect of an effective malaria vaccine is great news for Africa, where the disease remains rampant: 90 per cent of malaria deaths in 2015 occurred in Africa.
There is also significant effort on the continent to develop vaccines as well. Last August, scientists at the University of Cape Town’s Drug Discovery and Development Centre (H3D) announced the discovery of a new anti-malaria compound which could “contribute to the eradication of malaria.”
Professor Kelly Chibale, founder and director of H3D, says the compound “has potent activity against all stages of the malaria parasite life-cycle and has the potential to block transmission of the parasite from person to person.”
One step closer to malaria vaccine
The results of this research are all the more hopeful, as there are roughly 5,000 malaria genes, and through the erasure of three of them, formidable results were attained. “Immunization of humans with whole sporozoites gives complete, sterilizing resistance against malaria infection. However, achieving dependable safety while maintaining immunogenicity of whole parasite vaccines remains a difficult challenge,” the study indicates.
Malaria, An ongoing threat
A completely practicable vaccine is, however, far from being settled. While there are a high number of trials under tests, the virus still affects approximately 200 million people by the year, as research points out. The disease seems because of plasmodium, a microscopic parasite that blights the human body through the means of mosquito bites, which allow a form of the parasite to get under the human skin.
Once inside the human body the virus occurs in the liver, where its sporozoites infected the organ with 30,000 copies of the pest. From the liver, the virus gets into the blood stream, where it attacks red blood cells, which from time to time results into the patient’s death.
Because the contamination follows these three stages, it is more difficult to create a fully functional vaccine to prevent it from spreading all over the body and, finally, affecting the blood cells.