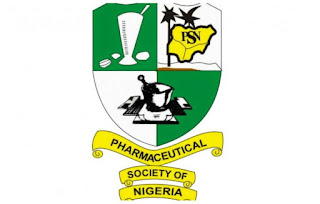 By Chioma Umeha
For some time, pharmacists have been expressing concerns over delays in the appointment of a new Director General (DG) for the National Agency for Food and Drugs Administration and Control (NAFDAC) and reconstitution of the Pharmaceutical Council of Nigeria’s (PCN) governing council.
They link the poor state of affairs in the pharmaceutical sector to absence of substantive NAFDAC DG and government’s dissolution of the governing council of PCN, especially as both agencies are charged with the regulatory functions in the industry.
The group under the auspices of Pharmaceutical Society of Nigeria (PSN) further alleged failure of government to stick to the provisions of Section 9 of the NAFDAC enabling Act in the appointment of its DG/Chief Executive Officer.
These they believe have hampered the effectiveness of these bodies to carry out their statutory functions.
The PCN is charged with regulatory functions such as disciplinary action, accreditation of training facilities and other statutory responsibilities while NAFDAC is a regulatory agency of the Federal Government with the mandate to ensure the safety of foods, drugs, chemicals, water, medical devices and other regulated products according to the establishing statute as reflected in Act 15 of 1993.
The Pharmaceutical Society of Nigeria (PSN) Lagos State Branch has therefore called for the immediate appointment of a pharmacist as the Director General of NAFDAC for smooth running of the entire system.
The charge was made recently at the 2017 annual luncheon of the PSN, Lagos Chapter.
Speaking for PSN, Lagos State Chapter, Pharm. Bola Adeniran the newly elected Chairman urged the Federal Government to appoint a seasoned registered pharmacist as the DG, while the Governing Council of the agency should be reconstituted.
President Muhammadu Buhari on February, 2016 discharged 24 Director Generals (DG) of their duties, among which the former DG of NAFDAC is, Dr. Paul Orhii handed over the affairs of the agency to Mrs. Yetunde Oni, who has since then being the Acting Director General.
The chairman, PSN, Lagos Chapter reasons that NAFDAC’s enabling law is unambiguous on the prerequisite for the appointment of a DG for the agency; President Muhammadu Buhari ought to comply with the provisions of the extant Act setting it up.
According to her, Section 9 (1) of NAFDAC Act 15 of 1993 states, “There shall be appointed for the agency by the President, Commander in Chief of the Armed Forces on the recommendation of the Minister, a Director General who shall be a person with good knowledge of pharmacy, food and drugs.”
Mr Orhii, the immediate past NAFDAC DG holds a PhD in Medicine. He handed over the affairs of the agency to Mrs. Oni, the Director of Administration and Human Resources.
Pharm. Adeniran further contends that the post of Director General of NAFDAC is meant for persons trained in basic Pharmaceutical Sciences.
“If the true spirit and letter of Section 9(1) of Decree 15 of 1993 is strictly adhered to, only a registered pharmacist will logically meet the condition precedent prescribed by law in section 9(1).”
To her since the major areas to be regulated in line with the regulatory mandate of NAFDAC remain pharmacy, food and drugs, only pharmacists can be designated a pharmaceutical inspector because the provisions of Sections 5 & 6 of the Poison and Pharmacy Act Cap 535 LFN 1990 compel all inspectors to be Registered Pharmacists.
She also called the Federal Government to reconstitute the Governing Council of NAFDAC to ensure functional and optimal performance index of the health sector.
Pharm. Adeniran also posited that currently, the Food and Drug Advisory Council of the West African Health Organisation and the West African Post-graduate College of Pharmacists which is the organ that drives technical advice at the sub-regional level lack the expertise of a drug and food specialist giving rise to the current mismanagement of medicine use and policy protocol in Nigeria.
She said, “Our story in the profession of pharmacy in the last few years has been one form of vitiation or the other of relevant pharmacy and drug statutes. This cannot make room for decorum in larger life at a time we seek value re-orientation in our country.
“We also strongly urge the Federal Government to reconstitute the Pharmacists Council of Nigeria (PCN) to enable legitimate accreditation of training facilities in pharmacy practice as well ensuring the return of disciplinary measures in practice matters.
“Government must complete statutory appointments in the Pharma Sector with the constitution of National Institute for Pharmaceutical Research and Development (NIPRD).”
In all appointing a pharmacist to head NAFDAC is like putting a square peg in a square hole; everything would synchronise. Professional jobs should be left for professionals. To do otherwise is to court danger.
Recently, both the Pharm. Ahmed Yakasai, National President of PSN and Dr. Albert Alkali,  National Chairman, Association of Community Pharmacists of Nigeria also called on President Muhammadu Buhari and the Minister of Health, Prof. Isaac Adewole, to resist any pressure to appoint a medical doctor as NAFDAC’s DG.