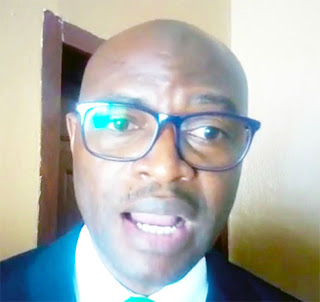 Dr. Shola Akande is the Executive Secretary of Oyo State Health Insurance Agency (OYSHIA). In this interview with CHIOMA UMEHA he discusses the establishment of OYSHIA, Oyo State Government plan to use the scheme to expand access to healthcare for citizens, especially to curb maternal and child mortality, to achieve Universal Health Coverage (UHC) for citizens, among others.

Oyo State Health Insurance Agency (OYSHIA) was inaugurated about 20 months ago and we have been able to enroll about 100,000 residents of Oyo State. Actually, the establishment of OYSHIA is backed by law, which was signed by the Governor of Oyo State, Governor Abiola Ajimobi.

The law states that direct insurance in Oyo State is compulsory for every residence to follow and so, today we have both formal and informal workers enrolled in the scheme.

About 100,000 enrollees that have benefitted immensely on this scheme and consequently, some people that have been delivered even through caesarean section without additional sum from the premium they paid.

Other medical interventions, which citizens benefited from include appendicitis, orthopaedic, surgery, among others, all in the last 18month that OYSHIA started operations. Not only that, through the scheme, a lot of health facilities have been renovated, equipped and we have constant supply of drugs to those facilities.
Not only that, through the facilities we engaged about 35 doctors that are working in those health centres. In other words, citizens in Oyo State have benefitted, various facilities have benefitted and of course, health workers too have benefitted from the scheme because they now have a better environment to practice their profession.

The target of OYSHIA in the next six months is to reach about 400 to 450,000 people which is about five per cent of the population of Oyo State. For us to reach that particular target, we need the cooperation of the media practitioners.

One of the major benefits of health insurance is that it changes your health-seeking habit, making you to see your medical doctors even when nothing is actually wrong with you. Not only that, it gives you the opportunity to ask questions, it raises issues because you paid a premium and that is crucial.

What makes us to talk about these things is that healthcare is not curative alone; it is also preventive and under OYSHIA, we are doing so much of prevention because that is the way medicine is going all around the world. People are not just talking about care any longer; they are focusing a lot on prevention. This is so because is cheaper to prevent illnesses than to cure, even in health insurance. That is how the money in those health facilities are protected so that we will be able to take care of serious illnesses whenever they occur.
That is why under health insurance as a provider, I talk to the enrollees to know about prevention. I don’t want them to be sick. I don’t want them to be using the money and my account will be growing fatter and fatter. However, one day one of the enrollees will have a health problem. Although, the enrolee paid only N8,000 premium, I have to treat that health challenge, the cost of which amounts to about N400,000. That is the benefit of health insurance.
Challenge of existing health problems and insurance
A major problem facing OYSHIA from informal sector now is that a lot of people coming into health insurance with existing health problems. People that are newly enrolled come with diseases. After, they have gone to medical doctors and told that they require a surgery which costs N50,000, that is when they pick up an enrolment form to register in the health insurance. A practical example is a female civil servant in Oyo State whose child was very ill; she took the child to the hospital where the child was diagnosed. The treatment plan which will require the transfusion of two pints of blood, will gulp N50,000. It was at that point she came over to state her readiness to enrol in OYSHIA, but I informed her that she was late in the plan to join.
Meaning of health insurance
Health insurance is putting money aside when you are okay, not when you are ill. That is one of the problems facing OYSHIA currently. Let me tell you how we are solving that. If you as an enrollee has an existing health problem, we will not take N8,000 from you as the premium. We will take N28,000 premium being the cost of family plan from you. That, in a way would have pushed up our enrolment and at the same time enable us attend to your own problem. This will be applicable to you if you have an existing health problem. The moment that you have an illness such as hypertension or diabetes before coming into the scheme, it’s an existing problem.
If you are coming into health insurance, we will tell you to state clearly if you have any existing health condition while filling your form? We know that a lot of people lie, but we will get to know thereafter. That is why I tell people that when you are registering for insurance, state the truth; there is no big deal in being a high blood pressure patient or being diabetic. Even, there is no big deal about your status being HIV positive. This is so because some that have been HIV positive for 20 years are still alive. If you lie and we find out later, we will not avail you of treatment because ‘Ab Initio’ there was no contract.
Method of premium payment
In health insurance, we spend the money in advance. Health insurance is a circle; if those things are not there, people cannot use those facilities. We have to make sure that those things are there so that enrollees can choose. One of our primary care centres (PHCs) has over N2 million in its account. That one can conveniently pay its doctors.
Number of annual check-ups for an enrollee
You do a medical check-up once every year. There are some tests that you cannot be doing all the time especially basic tests; you have to be careful. You don’t want to go to doctors all the time and be prickled to get your blood all the time. That will expose you to some dangers as well and there are some tests that if you have the figure now, that figure can last for the next three years. For example, you don’t do cholesterol test all the time. My last cholesterol test was last year; I know the value. I will wait for one year and go and do it again.
For blood sugar test, if you did once the next blood sugar test will be at the instance of your doctor especially if your blood sugar was high at the first instance. It’s not you that you will decide. That is one of the problems we are having with enrollees. Enrollees go in and demand for specific drugs.
We have patients calling doctors to say they have malaria without having undergone the rapid diagnostic test.
Role of Information Communication Technology
If you are doing an health insurance without an Information Communication Technology (ICT), it will not work. It is the ICT that will ensure the first level of transparency in the scheme.