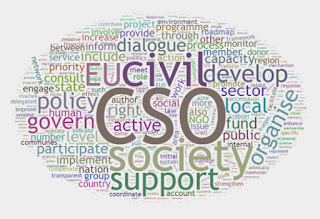 Some Civil Society Organisations(CSOs) and other stakeholders have warned that delay in the release of family planning funds is responsible for high-risk sexual behaviour and social malaise among young people.

In a presentation, the Chairman, PHSAI, Barrister Ayo Adebusoye, explained that prompt release of family planning funds by the state government would help in preventing high-risk sexual behaviour among young people.

Similarly, Adebusoye said that efforts by the State to develop its annual budget in line with family planning Costed Implementation Plan (CIP) would tackle ugly social consequences of high-risk sexual behaviours among them.

Adebusoye listing the consequences said, “Delay in acting fast is responsible for the increasing rate of teenage pregnancy, out of school girls, baby dumping, post-abortion complications, and death.”

He therefore called on the Lagos State Government to ensure timely release of family planning funds to enable the quality provision of sexual and reproductive health for young people.

The call came with the unveiling of  the 2018 Family Planning Budget Performance Scorecard  which confirmed that the government has continued to release too little to tackle issues around child spacing.

The scorecard which was made available to DAILY INDEPENDENT recently shows that the family planning need for Lagos last year was N1.3 billion, but the state allocated only N117, 500,000, and released only N9, 900,000 for the healthcare intervention.

These and other factors cumulatively put the general performance of the government expenditure on family planning at 0.75 per cent.

Adebusoye also said, only about N87,935,800 allocated for Family Planning (FP) activities out of the ,654,800 was allocated for reproductive health in Lagos state 2019 budget.

Adebusoye also said that Lagos CPR target to increase its family planning uptake from 48 to 74 percent by 2018 (now revised after the 2017 London summit to 2020).The targeted increase in CPR.

The scorecard was developed by the Public Health Sustenance Advocacy Initiative (PHSAI) using analysis of budget and policy documents.

Adebusoye observed that though Lagos has made a relative progress on the amount allocated to family planning, the actual money released for its implementation is still low as the scorecard showed.

According to him, Lagos is one of the first to have specific budget line for family planning, as against development partners who usually champion the drive.

He said, “Now that the state has that budget line, we are hoping it actually starts releasing budgeted funding for it.

“Considering the huge population of Lagos State, family planning is very important to both the health and the economy of the people.

“Local governments in the state have no excuse not to increase family planning budget and release, because they now get monies directly from the federal government.

“We need to work innovatively, using strategies and alliances so that we can improve the family planning space in Lagos State.”

Also speaking, the Senior Reproductive Health Officer, Lagos State Ministry of Health, Mrs. Idowu Okanlawon said majority of Lagos residents were aware of family planning, but that uptake still remains low, adding that men should be involved in the intervention to drive it faster.

Atuanya said she was glad that some states were getting involved in family planning, but that more push was still needed to be done to meet global target.

“We are presently working in 12 states to push the agenda. Family planning commodities are given free, but a lot of women are still not able to access them.

“Access here also includes inability to pay for it in places where providers sell them. We need to do more in tackling the hurdles to family planning uptake,” she stressed.

Representing Adolescent and Youth Sexual and Reproductive Health(AYSRH) in Lagos, Mr. Abiodun Ajayi, commended the State government for the bold steps it has taken over the years to increase young people’s access to youth-friendly sexual reproductive health.

Ajayi however, stressed the need for urgent discussions around adolescents and youth’s family planning issues at all levels.

He identified challenges facing uptake of family planning services by young people in Lagos to include lack of access to adequate and accurate life planning information, inadequate youth-friendly health facilities, provider bias, and poor knowledge of contraceptive options and benefits among others.

Remarking, Rashidat Umar, of Ministry of Youth and Social Development said the Ministry refers youths to the Hello Lagos for reproductive health and rights issues. We have specific schedules for these young people to suit their needs.

Reacting to the report of unfriendly providers at the various youth centres, she said, the Ministry is currently working on them for a change of attitude.

Also, commenting, Dr. Abimbola Folami, the Assistant Reproductive Health Programme Officer, Lagos ministry of health complained that most youth providers’ centres cited out of the hospitals received backlash from the communities as the centres is believed to encourage young girls in procuring family planning services meant for adults.

However, continuous advocacy visits to local government chairman can change the tide on youth access to family planning, Folami said.

The World Health Organisation(WHO) says family planning allows individuals and couples to anticipate and attain their desired number of children and the spacing and timing of their births, and that this should be achieved through use of contraceptive methods and the treatment of involuntary infertility.

World Contraception Day is a worldwide campaign observed annually on September 26 the aim to improve awareness of contraception and to enable young people to make informed choices on their sexual and reproductive health.