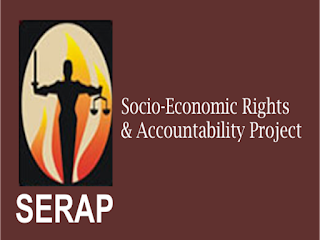 The Socio-Economic Rights and Accountability Project (SERAP) has petitioned the Prosecutor of International Criminal Court (ICC), Mrs. Fatou Bensouda, urging her to investigate Nigerian authorities on the problem of out-of-school children in Nigeria and to determine whether it is violence against children and crime against humanity.

SERAP urged Mrs. Bensouda to push for those suspected to be responsible for the problem, including current and former presidents and state governors since 1999, who directly or indirectly have individually and/or collectively breached their special duty toward children, and are therefore complicit in the crime, to be tried by the ICC.

The organisation in a petition on July 19, 2019 and signed by its deputy director Kolawole Oluwadare, said, “Investigating and prosecuting high-ranking Nigerian officials and providing reparations to victims will contribute to serving the best interests of Nigerian children, the most vulnerable citizens in our country, and ending the impunity that is denying them their right to education and a life free of violence and fear.”

SERAP said, “These out-of-school Nigerian children have been exposed to real danger, violence and even untimely death. Senior Nigerian politicians since 1999 have failed to understand the seriousness of the crime of leaving millions of children out of school, and have made an essential contribution to the commission of the crime.

“The ICC has stated in the Lubanga case that the interruption, delay and denial of the right of children to education are crimes within the jurisdiction of the Court. SERAP believes that the reality for children living in the Ituri region of the Democratic Republic of the Congo is similar to the reality faced by millions of out-of-school children in Nigeria, as the situation is depriving an entire generation of children of their right to education and human dignity.”

The petition read in part: “There is no immunity for crimes under the Rome Statute. The crime of leaving millions of Nigerian children out of school is an opportunity for your Office to show the Court’s commitment to effectively enforce its Policy on Children and other important statements of international criminal justice.

“Putting millions of Nigerian children that should be in school on the street exposes them to violence, including sexual violence, gender violence, abduction, and other forms of exploitation and violence against children, and implicitly amounts to enslavement, trafficking of children, and ill-treatment, three of the eleven acts that may amount to a crime against humanity under the Rome Statute.”

It said that unless the ICC declares the problem of over 13 million out-of-school Nigerian children as violence against children and crime against humanity, and hold those suspected to be responsible since 1999 to account, the number of out-of-school children would continue to rise, and these children may never receive any formal education at all.