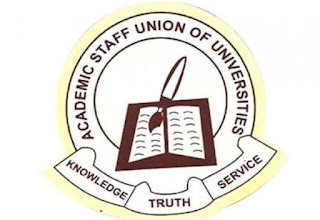 There are rumors that Buhari encouraged the professors on strike on Monday to think about the next generation and go back to work in a statement issued by his spokesperson, Garba Shehu.

"We sincerely hope that ASUU will feel compassion for the workers on the indefinite strike. The days of keeping students at home are genuinely over. For goodness sake, don't harm the next generation, Buhari reportedly said.

However, the president was charged with engaging in psychological games by including the next generation in his address, according to the chairperson of ASUU at Federal University of Minna, Dr. Gbolahan Bolarin.

In a statement made available to our correspondent in Abuja, the ASUU chairperson claimed that the president, who had been outspoken about the union's issues before taking office, had failed to put his understanding of those concerns to good use.

"A comment about the ASUU's struggle that was attributed to President Buhari flooded the media yesterday and continued until this morning.

Therefore, it is necessary to provide this simple response so that Nigerians can determine whether "Enough is indeed enough."

"First of all, Mr. President was quite outspoken about the ASUU battle years ago, before he was elected president, and one would have expected him to be more knowledgeable about the struggle than certain individuals, but sadly, his remark yesterday revealed otherwise.

I won't hold the president much accountable; all I can say is that his handlers are his opponents because if the president had had a thorough briefing on the subject, he wouldn't have said what he did.

"The president repeated his statement that enough is enough, but how much is really enough? Was he referring to the refusal of his appointees to carry out a command he issued on February 1, 2022, for more than two months? Was he tired of reading reports on tasks assigned to various agencies? These are more of his flaws than that of the Union.

"Unfortunately, the government is just realizing that they are parents when their own children do not even know what the gates of public schools in the country look like after six months of keeping the other students at home owing to its bad management of the strike"

We all know that the political class scarcely cares about the rest of us because they only think the students are useful for political thuggery, therefore there is no need to present the ASUU battle in such a dramatic light.

"I was so pleased when the president said that we should lean toward technology, but we must ask ourselves once more if we have the resources to turn our colleges into centers of innovation. Is it not one of ASUU's requests that our universities modernize their facilities so that we can compete? Then, I think enough is enough of day dreaming.

The ASUU chairperson further warned the presidential spokesperson and other government representatives against politicizing ASUU-related matters in the statement.

"Unfortunately, some president's aides believe that academic personnel can only think at their own level of reasoning to the fullest. Mr. Garba Shehu, the president's media adviser, stated yesterday on Channels TV: "Why is ASUU holding President Buhari to ransom?" This gives the conflict a personal feel. He ought to travel back in time and inform us whether President Buhari was in office in the 1990s, in 2009 (during the strike that resulted in the infamous deal), in 2013, during the six-month strike, etc.

"Government officials ought to quit politicizing things, especially when lives are at stake. What part of the demand has been resolved that can cause any right-thinking person to bend, as he also suggested ASUU should do?

When I heard, "They should go back to classes while we continue to negotiate with them," I was very disappointed. Do they think we are stupid or a bunch of dummies who can't think things through properly? You have been unable to fix even one of the concerns we have been protesting for over six months, and now you want us to return to school so that we can call another strike in the following three months.

"Haba, Mr. President, enough of this talk; it is time for action that will rapidly result in a lasting resolution of the difficulties consistent with what you were stating prior to 2015 and history will be good to you as the president who brought enough to ASUU,"