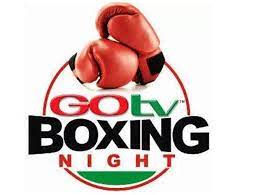 As the night's top fighter, Abuchi—who won his fight against Samuel "African Mayweather" Adebayo by unanimous decision—was awarded the Mojisola Ogunsanya Memorial Trophy and the N1 million cash reward that goes along with it.

The second-place finisher, Ogunbunmi, was rated the second-best performer of the evening for his work in the hotly contested match against Kabiru "KB Sniper" Salawu, which he won by a split decision.

He was the inaugural recipient of the N500,000 second-place award, which was presented at this year's GOtv Boxing Night. 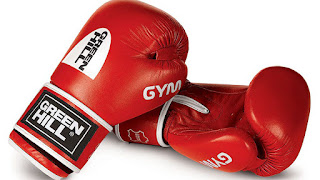 GOtv Boxing Night 26 hosted eight bouts instead of the traditional seven. In the International featherweight challenge, Taiwo “Esepor” Agbaje was in a killer mood, as he saw off his Ghanaian opponent Emmanuel “Agogo” Mensah in a dismissive fashion, knocking him out in the seventh round.

Afonja "Afonja Warrior" Rasheed failed to make a dream return to the show, as he was knocked out by Sulaiman “Armour Tank” Jafaru in their super welterweight clash.

Winner of the Mojisola Ogunsola Trophy at GOtv Boxing Night 25, Stephen “Freeman” Kadima, was unable to repeat his heroics this time around as he was held to a draw by Muritador Monyashau in the national cruiserweight duel, the same outcome was recorded in the lightweight clash between Ayobami "Latest" Azeez and Sodiq "Golden Boy" Oyakojo.

In another lightweight bout, Prince “Lion” Nwoye defeated Funsho Moshood by split decision. In the

Meanwhile, ten fans at the boxing event won GOtv decoders which came with a one-month subscription via lucky dips held between bouts.

The raffle draw was a gesture of appreciation by the sponsors for the support the fans have shown since the boxing event debuted in 2014.